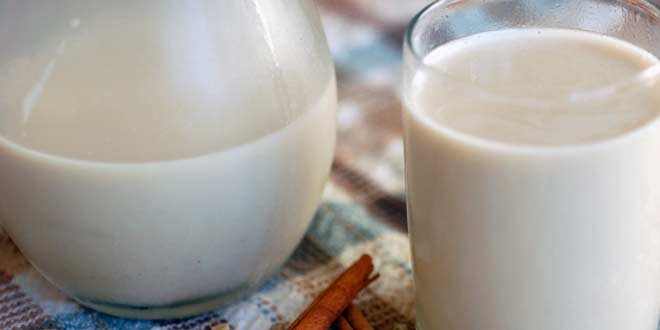 Organic milk and meat contain about 50% more beneficial omega-3 fatty acids than conventionally produced equivalents, according to a pair of large-scale studies.

A team of two dozen researchers led by Carlo Leifert, a professor at Newcastle University in England, combed through nearly 200 peer-reviewed studies on milk, and 67 on meat.

They found clear differences between organic and non-organic products, especially when it came to omega-3.

“Western European diets are recognised as being too low in these fatty acids, and the European Food Safety Authority recommends we should double our intake,” said co-author Chris Seal, also from Newcastle University.

“Our study suggests that switching to organic would go some way towards improving intakes of these important nutrients.”

Half a litre (one US pint) of organic, full-fat milk or its equivalent in other dairy products, for example, was found to provide 16% of the recommended daily dose of so-called long chain omega-3, while conventional milk provides 11%.

There are no additional calories in equivalent organic dairy or meat products.

Most people choose organic products for one or more of three reasons – animal welfare, the environment and health.

“But much less is known about impacts on nutritional quality,” Leifert said in a statement.

Scientists not involved in the research suggested that the health gains identified were minimal.

They also pointed out that the higher omega-3 levels were not directly related to the fact that the products were organic.

“It is the choice of feed, not the organic farming method, which makes the difference,” said Ian Givens of the University of Reading. Organic animals are generally grass-fed.

Modest gains in omega-3 from going organic must also be weighed against the potentially negative impact of saturated and trans fats also found in dairy and meat, others pointed out.

In addition, organic foods also have less iodine, an essential element found in seafood but missing in most other foods. Conventional dairy products have more because it is added to cattle feed.

Iodine is especially important for pregnant women, which means that a “switch to organic milk may exacerbate this deficiency unless consumers include other sources of iodine in their diet,” cautioned Margaret Rayman, a professor of nutritional medicine at the University of Surrey.

Nutrition experts disagree on the extent to which organic foods confer health advantages, whether through the avoidance of pesticides and other chemicals, or differences in the edibles themselves.