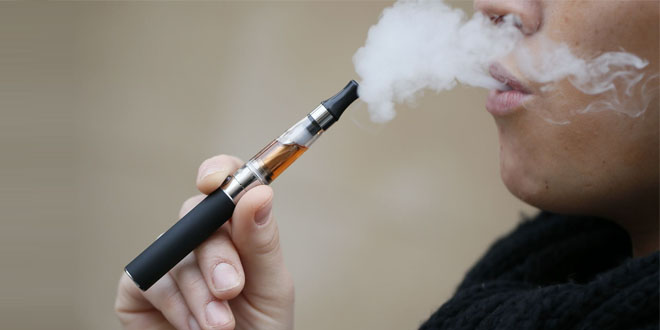 Years after being exiled to New York City’s sidewalks by a ban on smoking in indoor public places, some smokers relished electronic cigarettes as a way to come in from the cold.

Now they’re down to their last few puffs after the City Council voted on Thursday to expand the ban to include the devices.

Mayor Michael Bloomberg is expected to sign the measure before leaving office in a few days. The ban would take effect in four months.

Also Thursday, the council paved the way for an eventual ban on plastic foam containers and approved the creation of a website that will help the public track federal dollars budgeted for Superstorm Sandy-related damages. The flurry of activity – more than two dozen introductions and resolutions were passed – came on the council’s last legislative session of the year.

Speaker Christine Quinn said before the vote on e-cigarettes that scientists can’t say yet whether the nicotine inhalers, which are tobacco-free but still deliver a vaporized dose of nicotine vapor, are truly safe.

She said allowing the devices in places where cigarettes are now banned also could “renormalize” smoking and undermine the public perception that the habit is now acceptable only outdoors or in private.

“We don’t want a step backward with that,” she said.

The vote came amid sharp disagreement within public health circles over how to treat e-cigarettes.

Manufacturers say the vapor they emit is harmless, and most scientists agree that regular smokers who switch to e-cigarettes are lowering their health risk substantially.

The devices, though, aren’t heavily regulated. And experts say consumers can’t yet be sure whether they are safe either for users or people exposed to second-hand vapor puffs.

Like regular cigarettes, the nicotine in e-cigarettes is also highly addictive. People who use them may be unable to quit, even if they want to. That has raised concerns that a new generation of young people could gravitate toward e-cigarettes and wind up hooked for life or even switch to tobacco cigarettes.

The Food and Drug Administration has said it intends to regulate e-cigarettes as tobacco products but has yet to issue any rules, leaving manufacturers free to advertise while regular cigarette ads are banned.

Several states, including New Jersey, Arkansas, Utah and North Dakota, have already expanded their indoor smoking bans to include e-cigarettes. Other bans have been proposed in several big cities. About half of the states restrict sales to minors.