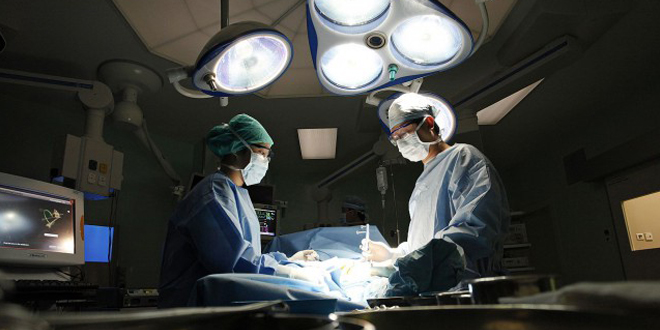 A surgeon on the job is five times more likely to repeat a request when music is playing in the operating theater, says a study casting doubt on the wisdom of this common practice.

“Music in the operating theatre can interfere with team communication, but is seldom recognized as a potential safety hazard,” said the study, published on Wednesday in the Journal of Advanced Nursing.

More than 50 percent of surgical operations are performed against a backdrop of music overall, though the figure varies by country, the researchers reported. In Britain, the rate is 72 percent.

Music has a long history in the operating theater. A hundred years ago, a pioneering surgeon in England hired musicians to soothe the jangled nerves of patients undergoing anaesthesia before going under the knife.

Gradually, however, the intended audience shifted from the patients to health professionals. Popular television series such as Scrubs and Nip & Tuck often showed doctors taking in tunes while wielded a scalpel. Today, many theatre suites have in-built music systems.

Some surgeons say they play music to reduce stress, block out white noise, or enhance concentration during procedures.

But the efficacy, and possible drawbacks, of music in the operating bloc have rarely been challenged.

To investigate further, Sharon-Marie Weldon, a senior researcher at Imperial College London, and colleagues filmed 20 operations in Britain over a six month period, some with music and some without.

They identified more than 5,000 instances in which a request requiring a response was made by a doctor or other staff member.

The results showed that “repeated requests were five times more likely to occur in cases that played music than those that did not”.

“Regardless of whether music can increase surgeons’ concentration and mask extraneous noise, anything that might impair team communication might place patient’s safety in jeopardy,” the study concluded.