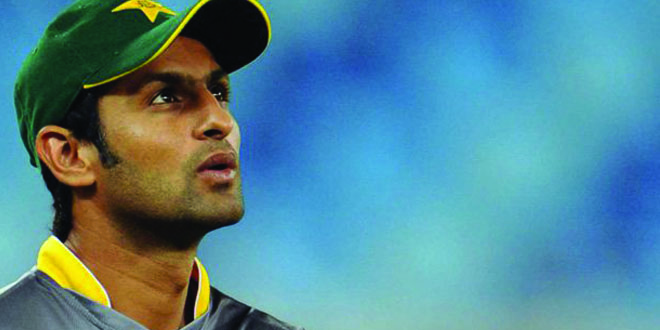 Former Pakistan captain Shoaib Malik said he was well geared up to stage a comeback in the first Test match against England in Abu Dhabi starting on Tuesday — his first match in the longer format for five years.

Malik played the last of his 32 Tests in 2010, also against England, before losing his place to youngsters Azhar Ali and Asad Shafiq.

Malik was only added to the Pakistan squad last week as the 16th member following his excellent performances in the one-day and Twenty20 cricket, and then a door opened for him with a foot injury to Ali.

Malik said he would do his best to succeed.

“I will try my best to maintain the performances I have given in T20s and one-day matches but Tests are different and more challenging,” he told reporters.

He accepted that batting at number three would be demanding.

“Of course, it would be challenging but that is the requirement of the team and you need to give it your best shot. Azhar has done well at number three so I will try to maintain what he has done,” said Malik.

Malik said he was tuned up to playing the longer format despite mostly playing in the shorter form of the game.

“Of course, it is challenging to play the longer forms but I have not missed any first class season and being a professional I know how to cut down that pressure,” said Malik.

Malik, who made his international debut in 1999, was made skipper after Pakistan’s disastrous World Cup campaign in 2007.

But in the next two years his career nosedived and he lost his place in lineup for Test matches.

Malik said that since he was dropped the Test team had been doing well and it had been tough to regain his spot.

He is now determined to try and resurrect his career.

“Look, you cannot say that it (his revival) is complete, but I have confidence and I am hopeful that it will be like that,” he said.