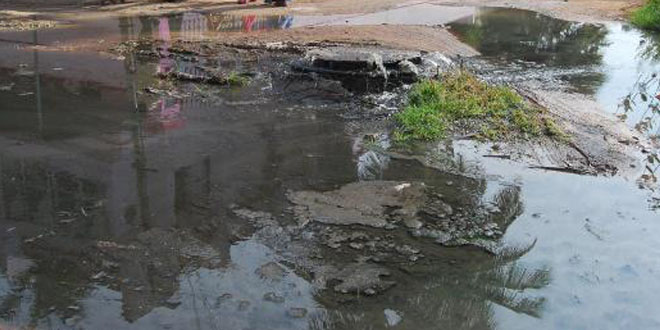 The people of Khanewal have been facing unavailability of public dispensaries, owing to the region’s severe drainage problems that have increased the chances of outbreaks.

Locals of the town protested against the situation of Khanewal saying that politicians were unable to keep the promises they had made during the previous elections. No law maker has visited them to resolve the issue. The residents requested the Chief Minister Punjab, Mian Muhammad Shahbaz Shareef, to take notice of the problems in the area.

The region lacks the basic sanitation facilities as low quality sewerage pipelines rinse into drinking water. There are large puddles of water in the streets which provide a breeding ground for mosquitoes. Inadequate sewage treatment and poor sanitation result in the spread of bacteria, viruses and parasites. Although Malaria spreads through fresh water, but sewerage water can also become a breeding ground for malaria infested mosquitoes. Residents of the area were suffering from Malaria due to mosquitoes which fostering in the water.

WHO estimates 300-500 million cases of malaria, with over one million deaths each year. Countries are being encouraged to reduce mosquito breeding sites by filling in and draining water bodies and through other environmental management schemes.

The risk of catching the disease varies from season to season and is greater in the evening and night because mosquitoes are active from dusk to dawn. Malaria in Pakistan is epidemiologically unstable. Peak transmission occurs in the post monsoons months from August to November.

There is no vaccine for malaria so the key interventions to control malaria include: early diagnosis and prompt treatment of cases, universal coverage of all people with risk, use of long-lasting insecticide treated bed nets (LLINs) during sleeping, selective indoor residual insecticide spray (IRS) in high risk communities to control transmission of vector mosquitoes, elimination of mosquito breeding sites (source reduction) by drainage, filling of waste water bodies with earth, and cleaning of drains and clearing of vegetation.