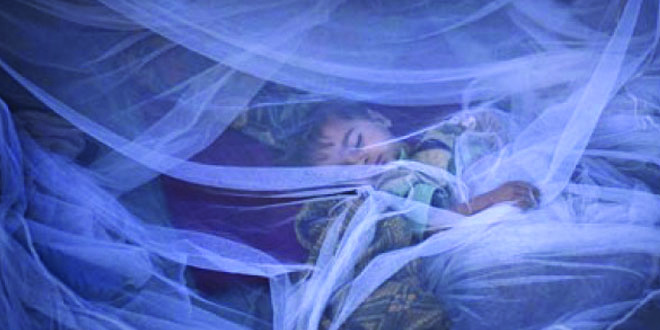 The number of people killed by malaria dropped below half a million in the past year, reflecting significant progress against the mosquito-borne disease in areas of sub-Saharan Africa that were previously among the hardest-hit.

The World Health Organization’s (WHO) annual malaria report showed deaths falling to 438,000 in 2015 – down dramatically from 839,000 in 2000 – and found a significant increase in the number of countries moving towards the elimination of malaria.

The use of bed-nets, indoor and outdoor spraying and other malaria prevention measures have averted millions of deaths and saved millions of dollars in healthcare costs over the past 14 years in many African countries, the report said. Africa continues to bear the highest malaria burden of any global region, but death rates from the disease have fallen by 66% across all age groups since 2000, and by 71% among children under five.

Margaret Chan, the WHO’s director general, said the progress had been made possible “through the massive rollout” of effective prevention and treatment tools.

“In sub-Saharan Africa, more than half of the population is now sleeping under insecticide-treated mosquito nets, compared to just 2% in 2000,” she wrote in the report published on Tuesday.

“A rapid expansion in diagnostic testing, and in the availability of antimalarial medicines, has allowed many more people to access timely and appropriate treatment.”

Two countries, Nigeria and the Democratic Republic of the Congo, accounted for more than 35% of global malaria deaths in 2015. Yet, the WHO said, an estimated 663m cases of malaria have been averted in sub-Saharan Africa since 2001 as a direct result of the scale-up of three key malaria control interventions: bednets, indoor spraying, and the use of malaria drugs known as artemisinin-based combination therapy. Mosquito nets have had the greatest impact, the organisation said.

However, Pedro Alonso, director of the WHO’s global malaria programme, cautioned that new challenges are emerging.

“In many countries, progress is threatened by the rapid development and spread of mosquito resistance to insecticides. Drug resistance could also jeopardise recent gains in malaria control,” he said.