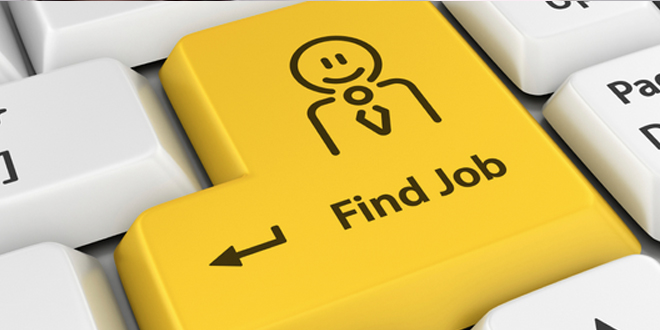 Looking for a job? Online is the place for you!

A Pew Research Center report released Thursday found 54 percent of US adults have gone online to look for job information and 45 percent have applied online.

Among employment hunters, the Internet is serving a critical role: 79 percent of people seeking employment used online resources in their most recent employment search and 34 percent said the Internet was the most important tool available to them, Pew found.

But the study also found a significant minority whose lack of online skills is a handicap for an employment search.

Seventeen percent indicated that it would not be easy for them to create a professional resume if they needed to do so and 21 percent said they might not be able to highlight their employment skills using a personal website or social media profile.

One in 10 adults surveyed said they might have difficulties finding available jobs online, filling out job applications or using email to follow up on an application.

“Online proficiency has become more and more important to finding work in today’s job market, but some aspects of the digital job search are a substantial challenge for many Americans,” said Pew researcher Aaron Smith.

“And in many cases, individuals who might benefit the most from being able to perform these behaviors effectively — such as those with relatively low levels of educational attainment or those who are currently not employed for pay — are the ones who find them most daunting.”

For the more digitally savvy, the smartphone is an important tool in seeking employment.

The survey found 28 percent of adults — and more than half of 18- to 29-year-olds — have used a smartphone in one way or another as part of a job search.

“Smartphone job seekers” use their mobile devices for background research or on-the-go interactions with potential employers.

And 14 percent of adults (50 percent of the “smartphone job seekers” have used their handset to fill out an employment application, according to Pew.

Social media sites are also becoming important job-seeking tools, according to the survey — 35 percent of social media users have used these networks to look for or research jobs and 21 percent have applied for a job they first found out about through social media.

The researchers surveyed 2,001 Americans ages 18 and older between June 10 and July 12 on mobile and fixed telephones. The margin of error for the full sample was estimated at 2.5 percentage points