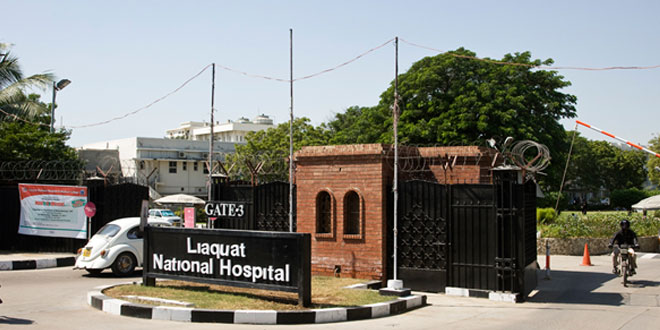 LNH tragedy: Can we really depend on our doctors?

Only last week, Pakistan celebrated Doctor’s Day to commemorate the doctors and physicians around us who take care of us and help us live healthier lives. Not only was it to acknowledge their selfless acts, but it was a way for us to understand their roles and responsibilities.

However, when we hear about cases that are mismanaged by these very doctors or their staff, we can’t help but think “can we really trust this person in whose hands we’ve placed our lives?”

While browsing through Facebook, I came across a post that had gone viral and was shared by multitudes of people. What intrigued me, after reading the first few lines, was the fact that it was a pregnancy case and there were a few complications. And while I had hoped that both mother and child were in good health by now, it was not the case.

The story only became more tragic from that point onwards.

To recap what transpired, the mother was admitted to Liaquat National Hospital, a private establishment in Karachi, late in the morning. After filing the necessary paperwork, the husband of the patient asked the LNH staff to call their gynecologist, Dr Shehnaz Hussaini. However, the doctor did not respond to any of their calls at the time, and this continued for several hours. The resident in-charge, Dr. Farah, and her team, were supposed to take care of the patient – but they too had a trivial attitude towards this case and even though the mother was in severe pain, they did little to help her out.

Frustrated and angry, the husband decided to approach the doctor himself and messaged and called her multiple times, but even this was of no avail. The patient requested for an epidural, which was given an hour after the request. Such was the state in which she was kept.

Usually, when a woman is giving birth or at any time during labor pains, a family member is always allowed to be with her. This was not the case here. By early evening, the husband’s requests to see his wife in the labor room were denied.  At the same time, Dr Shenaz was still nowhere to be seen or heard from. When asked where she was, the staff told the husband she would come after iftar.

But she didn’t even come then.

She took her sweet time, as even till 8:30pm, she was not in the hospital’s premises. At 8:45pm, the medical staff came out of the labor room and asked the husband to sign some documents and told him that they have put the patient in the operation theater (after several complications, including the baby having a low heart beat) and that Dr Shehnaz is performing surgery.

The baby was delivered by 9pm, after many complications, and the husband had to sign more documents and such for a ventilator as well. Half an hour later, Dr Shehnaz finally made contact with the husband and told him they would keep the patient in the ICU for another day.

She seemed relaxed and nonchalant about it. But while she was preparing to leave the OT, the husband and his family saw the patient being transferred to the ICU – she was unconscious and pale, with blood-soaked sheets on her bed.

Can you imagine what the family would have gone through, seeing her in that condition?

Seeing this, the husband became enraged and forced Dr Shehnaz – who was planning to leave the hospital – to stay back and wait in the ICU till the patient recovers. However, she might have known it was pointless, because she was reluctant to stay. Soon, the husband’s worst nightmare became true. After many failed attempts by doctors to bring the patient’s heart beat back to normal, they announced her untimely death.

The horror that this family must have gone through is unimaginable.

While we may not know Dr Shehnaz’s side of the story, we have to assume that some medical negligence was involved in this entire fiasco. Because, who in their right mind would be so careless as to leave their patients in a critical condition for so long?

At this point, I can understand that Dr Farah, the resident-in-charge, was constantly on the phone with Dr Shehnaz because without her approval, nothing could be done. Why did Dr Farah not communicate the entire situation to the husband? Why did she keep her professional ethic in mind and only reported to her senior, while morally she should have done more? If Dr Farah was an experienced doctor herself, she would have realized and made the right call to treat this patient properly.

But none of that was done. Instead, what we were left with was a motherless child, a wifeless husband and a family stricken with grief. The doctor has yet to provide a statement in her defense.

This is not the first time that Liaquat National Hospital has been put under the spotlight. A few years, a family accused the hospital for medical negligence which resulted in the death of their 83-year-old family member. The patient died while waiting for treatment in the emergency room, all because the hospital’s computer systems had an error.

Similarly, another patient lost her life after she was allegedly administered with the wrong drug by a staffer at this hospital. There are multiple Facebook pages and social media posts that are abound with such incidences. While things are still under speculation, there can be no smoke without fire. And with so many cases lined up, all of them cannot be baseless.

However, giving any verdict without hearing the hospital’s side of the story would be wrong.

What one can do is provide logical solutions to such problems, if they arise again.

Firstly, hospitals should have more than one department in-charges, so that if one specialist is unavailable, others can assist. Secondly, hospital policy should be as such that if a patient is in a critical condition, he/she should be treated regardless of whose patients they are. Thirdly, the family should be kept in the loop and aspects pertaining to the patient’s health should be communicated to them without any hesitation.

Small things make big differences. Here’s to hoping that cases like the LNH tragedy soon become a rarity, not a norm.