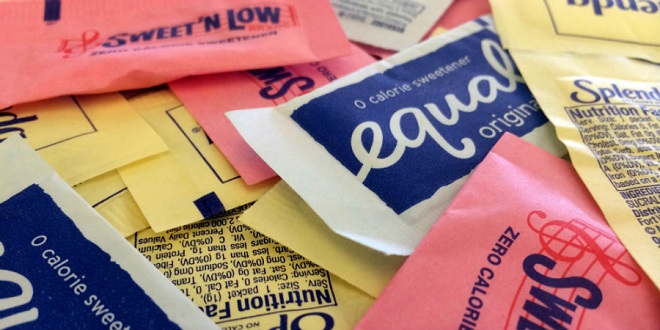 Canadian research has found a link between artificial sweeteners and a range of health problems, including long-term weight gain and increased risk of obesity, diabetes, high blood pressure and heart disease.

Consumption of artificial sweeteners, such as aspartame, sucralose and the more recently popular stevia is on the increase, however evidence on their potential health effects of these sweeteners has so far been conflicting.

Recent data has suggested that artificial sweeteners may have negative effects on metabolism, gut bacteria and appetite, however Dr. Ryan Zarychanski, one of the authors of the new study pointed out that, “Despite the fact that millions of individuals routinely consume artificial sweeteners, relatively few patients have been included in clinical trials of these products.”

To research further, Dr. Zarychanski and a team from the University of Manitoba’s George & Fay Yee Centre for Healthcare Innovation and the Children’s Hospital Research Institute of Manitoba, Winnipeg, reviewed 37 studies that followed over 400,000 people for an average of 10 years.

Seven of these studies were randomized controlled trials, considered to be the gold standard in clinical research, which included 1003 people followed for 6 months on average.

The team found the clinical trials did not show a clear benefit or a consistent effect on weight loss, despite often being promoted for this reason.

In addition, the longer observational studies included in the research also showed a link between consumption of artificial sweeteners and relatively higher risks of weight gain and obesity, high blood pressure, diabetes, heart disease and other health issues.

“Caution is warranted until the long-term health effects of artificial sweeteners are fully characterized,” said lead author Dr. Meghan Azad, whose team at the Children’s Hospital Research Institute of Manitoba is also currently looking into how consuming artificial sweeteners while pregnant may influence weight gain, metabolism and gut bacteria in children.

“Given the widespread and increasing use of artificial sweeteners, and the current epidemic of obesity and related diseases, more research is needed to determine the long-term risks and benefits of these products,” she concluded.