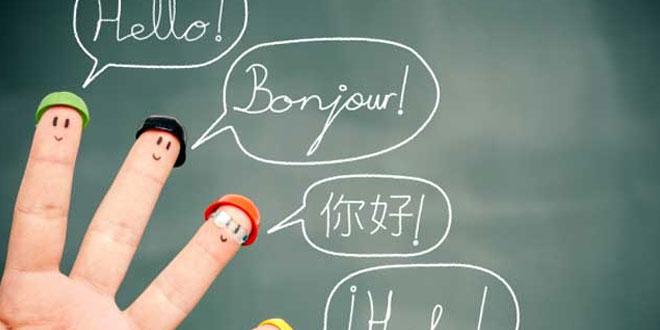 Learning A Language Can Boost Mental Agility In One Week

A new U.K. study has found that just one week of an intensive language learning course is enough to boost students’ attention spans.

Their attention levels were measured using listening tests, which assessed each participant’s ability to concentrate on certain sounds and switch their attention to focus on relevant information.

The team found that both groups who completed the one-week courses showed improvements in their attention levels, but it was only those in the language group who showed significant improvements when compared to a control group who had completed no course at all.

And it didn’t matter what age the participants were when they started learning the language. Improvements were found in all participants aged 18 to 78, showing that even if you think you are too old to start, language learning can boost mental agility even later in life.

The team also found that not only did these improvements occur after just one week, but they could also be maintained with regular practice, with those who practiced for five hours or more per week still showing improved attention levels nine months after the initial language learning course.

However, those who practiced for four or less hours each week showed more inconsistent results. While some participants showed improvements in their attention spans, others stayed the same or even deteriorated.

Professor Boyd Robertson, Principal of the College attended by the participants in the study, commented that previous feedback on the course had already shown the social benefits of the language course, with the study’s lead researcher, Dr Thomas Bak, adding that these new results now also confirm the cognitive benefits of language learning.

Dr Bak also concluded that, “I think there are three important messages from our study: firstly, it is never too late to start a novel mental activity such as learning a new language. Secondly, even a short intensive course can show beneficial effects on some cognitive functions. Thirdly, this effect can be maintained through practice.”