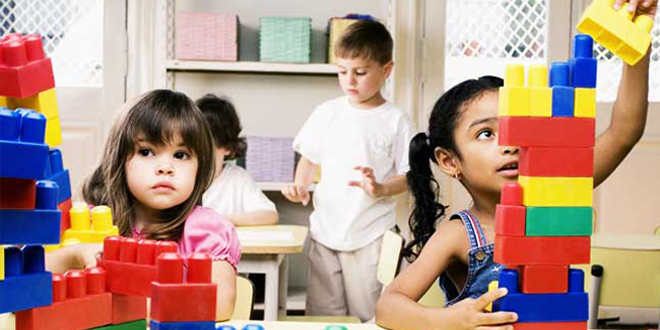 A US study has found that traditional children’s toys such as wooden puzzles, rubber blocks, and shape-sorters are more effective in increasing the quantity and quality of language in young children than modern electronic toys that produce lights, words, and songs.

In the study, published in the journal JAMA Pediatrics, a team of researchers from Northern Arizona University, USA, carried out a controlled experiment with 26 children aged 10 to 16 months old.

The children were given three different sets of toys, electronic, traditional, and books, for playtime with a parent their own home. The sound of the playtime was recorded in the home using audio equipment for researchers to analyse later.

After listening to the recordings, the team found that when compared to playing with books and traditional toys, playing with the electronic toys decreased the quality and quantity of language used by both children and parents, with fewer adults’ words, fewer parental responses, less content-specific language, and less back-and-forth conversation.

The researchers concluded that both book reading and play with traditional toys are effective for facilitating language and encourage “a rich communicative interaction between parents and infants,” whereas playing with electronic toys, which are often promoted as being educational and are often more expensive than traditional toys and books, should be discouraged.

Limitations to the study, funded by a research grant from the American Speech-Language-Hearing Foundation, include the small sample size and a lack of diversity in the participants who were all of a similar race/ethnicity and socioeconomic status.

However the study still supports previous research, with the American Academy of Pediatrics (AAP) releasing last year their first official policy on the benefits of reading to children in infancy.

Reading with young children “stimulates optimal patterns of brain development and strengthens parent-child relationships at a critical time in child development, which, in turn, builds language, literacy and social-emotional skills that last a lifetime,” the AAP guidelines said.

The AAP also advised that the best kind of learning for children is through interactive play with humans and toys, not electronic gadgets and screens.

“We can stimulate greater brain development in these months and years,” commented Peter Richel, a fellow of the AAP, adding, “I do see earlier word recognition, earlier phrases and sentence formation, and singing – I always recognize that in those who are exposed to daily reading.”

Learning A Language Can Boost Mental Agility In One Week