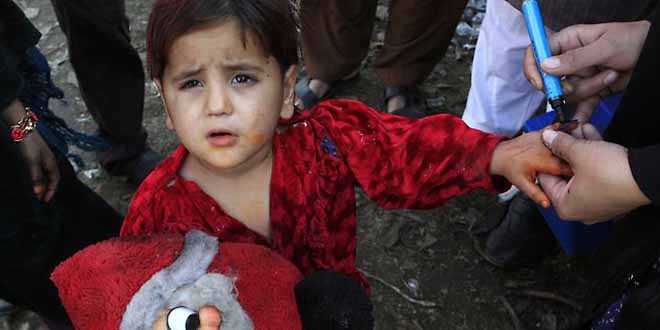 A 3 day polio eradication campaign is underway in Lahore. The campaign will continue till 18th February 2015. DCO Lahore has stated the city will become Polio free.

In the Polio eradication campaign, 1.57 million children up to the age of 5 years would be provide with Polio vaccines, for which 4126 teams are working. The DCO Lahore has instructed all town administrators to observe the polio campaign in their towns. He further said that all targets set for the Polio eradication campaign would be achieved and the city would be made Polio free.