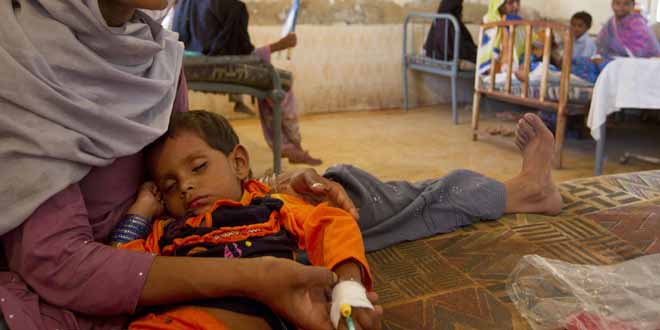 Cases of Measles are increasing in KPK at an alarming rate. Therefore, a five day measles eradication campaign began on 7th February. The campaign is geared towards the children of IDPs in the Southern part of the Province, which is now on its 4th day.

According to the Health Department, the measles eradication is underway in Southern KPK: Lucky Marwat, Tang, DI Khan, Kohat, Bannu and Hangu. During the campaign, more than 100,000 children of the IDPs are being injected with Measles vaccines. The purpose of the campaign is to stop the spread of the viral disease and to save children from it. The campaign will continue till 11th February 2015.