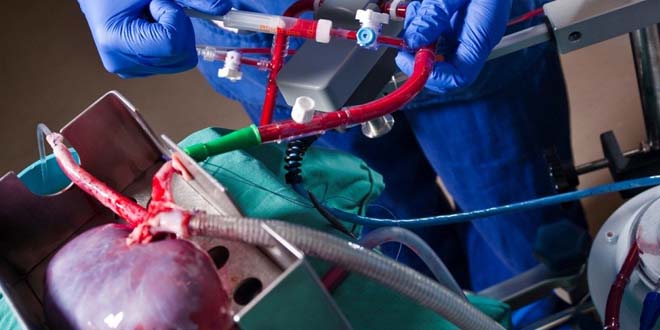 Doctors have welcomed a ground-breaking technique of ‘defrosting’ donor kidneys, which are preserved on very low temperatures, by calling it ‘dawn of the transplant revolution’.

They are optimistic that the kidney defrosting technique, the Noromothermic Perfusion, would help in reducing the waiting lists of recipients by 10% over the period of five years.

Up till now, the procedure has been performed on 40 patients at Cambridge and Leicester Hospital – all transplants have been successful.

The doctors are now planning to extend the technique nationally throughout UK, for which they are starting trials at the Guy’s Hospital London and the Freeman Hospital Newcastle.

According to research, the defrosting technique increases the probability of a successful surgery as it improves the condition of the organ before it is transplanted. It even extends the lifespan of the organ, which is currently 15 years, maximum.

The new process allows doctors to see if the organ is working at the optimum level; it allows doctors to revive and repair kidneys in a way that would otherwise be simply impossible, making more kidneys available for transplant.

Earlier, one out of five kidneys became unusable due to storage of kidneys at low temperatures close to freezing. Some kidneys used to get damaged easily due to the donor’s age and health.

According to the new practice, the kidney to be transplanted is slowly but surely warmed, while flooding it with extremely oxygenated blood, with help of anti-rejection drugs – a method that takes almost an hour. The kidney is than grafted into the recipient.

The research concludes that, as the procedure can reduce the rejection rates and can reverse the damages caused by cold-storage, organs can now be used even after 20 hours outside the human body.

They find the method exceptional as it would enable reluctant doctors to use organ from ‘marginal donors’, as the procedure would confirm if the kidney would function or not.

The research is a hope for thousands of patients in Pakistan who critically need kidney transplantation.