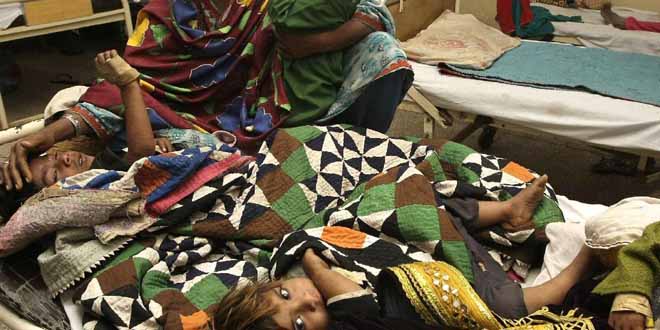 The viral disease, ‘Measles’ has spread in different parts of Khairpur and two children have died from the disease.

According to details, areas of Goth Mubarak Shr, Talpurwada, Nara and Kot DG have been the affected the most by Measles, a viral disease. In Goth Mubarak Shr, a one year old girl, Fatima and an 8 month child have died from Measles, spreading fear amongst the surrounding villages and areas. People have informed that other children of the village are affected by Measles, where as many children of Nara, Talpurwada and other areas are fighting for their lives.