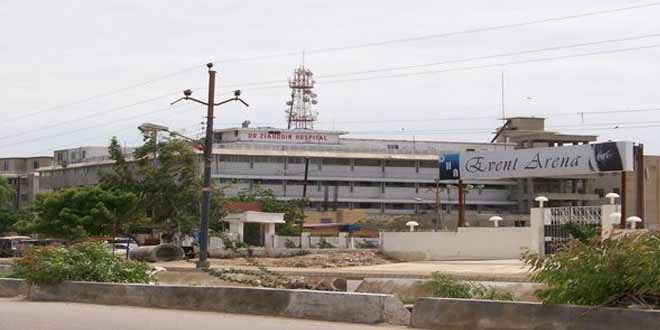 At NIPA, Karachi, unknown gunmen opened fire on a vehicle killing two government officers of the department of Land. One of the victims, Sohail Yousaf Bhatti, was the son of the Ziauddin University’s Registrar, Muhammad Yousaf.

The SP, Gulshan-e-Iqbal, Abid Qaim informed that the incident occurred on the road connecting Hassan Square to NIPA when four gunmen on two bikes came from the rear of the vehicle and opened fire. The funeral prayer of late Sohail Yousaf Bhatti would be held, after Zuhr prayers in Rahmania Masjid, Tariq Road. Chancellor of Ziauddin University Dr. Asim Hussain, Vice Chancellor Dr. Pirzada Qasim and the Founding Director of Institute of Communication and Media Studies Mr. Faizan Syed showed condolences to the family of the deceased.