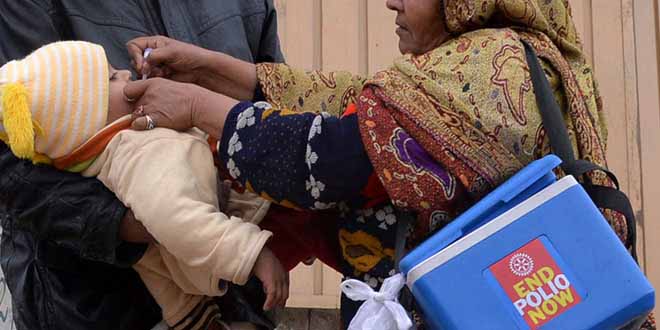 1.7 Million Children Were Not Vaccinated From Polio

The Minister of Health disclosed in the National Assembly that 1.7 million children were not vaccinated with Polio vaccines in 2014. However, after the efforts of the government the numbers have decreased to 2 lakh this year.

According to Saira Afzal Tarar, Minister of Health for the state, PC1 of Rs. 33 billion have been allocated for the eradication of Polio. She said that by government’s tireless efforts, in the current year, 104% children in Punjab, 108% children in Sindh, 102% children in Gilgit Baltistan, 100% in KPK, 94% in Balochistan and 75% children in FATA have been provided with Polio vaccines. It must be recalled here, that due to fewer vaccinations in 2014, the country recorded 305 cases of Polio that year.