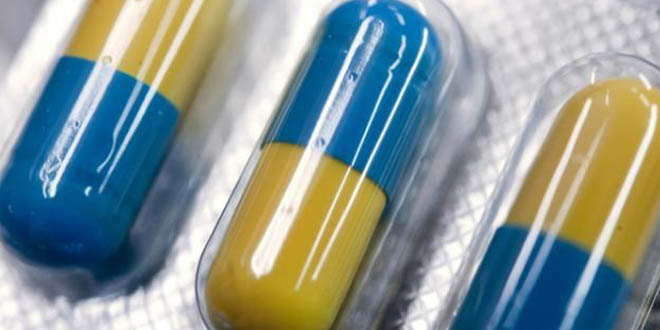 Medicine’s final line of defense against deadly disease has been breached, raising the spectre of a global epidemic, scientists say, after finding bacteria resistant to last-resort antibiotics.

The discovery could herald a virtual return to the Dark Ages, with doctors unable to control common germs like E. Coli, rolling back centuries of medical progress.

“These are extremely worryingly results,” said Liu Jian-Hua, a professor at China’s Southern Agricultural University and co-author of a new study.

Liu and his colleagues found a gene, called MCR-1 that allows bacteria to become resistant to a class of antibiotics known as polymyxins, which are used to fight superbugs.

The gene, which was detected in common but deadly bacteria such as E. Coli and K. Pneumoniae — the cause of pneumonia and blood diseases — effectively makes bacteria invincible.

Most worryingly of all, the gene is easily spread from one strain to another, said the study, which was published in The Lancet Infectious Diseases journal, prompting warnings they could have “epidemic potential”.

Until now, rare cases of resistance occurred only through mutation in individual organisms, severely limiting transmission.

The World Health Organization (WHO) has already warned antimicrobial resistance may result in “a return to the pre-antibiotic era,” where even small infections — or cuts — could prove fatal.

The superbugs were detected during routine testing of pigs and chickens in southern China, where animals were found to be carrying bacteria resistant to colistin, a drug widely used in livestock farming.

A team of researchers then examined E. Coli and K. Pneumoniae samples collected from pork and chicken sold in dozens of markets across four provinces.

They also analysed lab results from patients at two hospitals in Guangdong and Zhejiang provinces.

More than 20 percent of bacteria in the animal samples, and 15 percent of the raw meat samples, had the telltale mcr-1 gene. It was also found in 16 of the 1,322 specimens taken from hospitals.

The lower infection rate among humans almost certainly means that the resistant bacteria passed from animals to humans, the study found.

It said that while mcr-1 was “currently confined to China” it was like to spread globally.

“This is a worrying report, as polymyxins are often the last resort antibiotic to treat serious infections,” said Laura Piddock, a professor of microbiology at the University of Birmingham.

“Equally worrying is that this type of resistance can be easily transferred between bacteria.”

NOTHING TO FIGHT DISEASE

Other types of drug resistance — such as for tuberculosis — show that “this likely paves the way for it to spread throughout the world,” she added.

Some 480,000 people contracted multi-drug resistant tuberculosis in 2014, according to the WHO. The disease killed 190,000 in the same year.

Professor Timothy Walsh of the University of Cardfiff, who collaborated on the study, told the BBC News website antibiotics could soon become useless.

“If MRC-1 becomes global, which is a case of when not if, and the gene aligns itself with other antibiotic resistance genes, which is inevitable, then we will have very likely reached the start of the post-antibiotic era,” he said.

“At that point if a patient is seriously ill, say with E. Coli, then there is virtually nothing you can do.”

The study will renew debate about the use of colistin in animal husbandry, researchers said.

“The finding that this type of resistance can be shared by different bacteria — irrespective of whether from food, an animal or a person — is further evidence that the same drugs should not be used in veterinary and human medicine,” Piddock said.