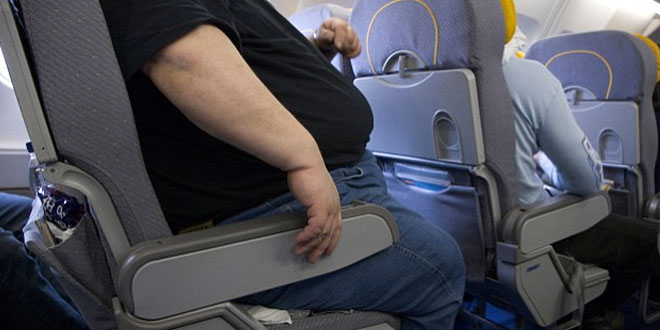 If you are overweight, you cannot fly with this airline

James Bassos, a 31-year-old passenger who traveled with Etihad Airlines from Dubai to Sydney, is suing the airline, claiming that he was made to sit with an obese person in the economy class which resulted in him injuring his back.

Meanwhile, the Abu Dhabi-based airline insists that it is not liable for his injuries and would oppose the case as there is no unusual situation.

According to the District Court of Queensland official court papers, the passenger’s council had put up the following point,

“Mr. Bassu was assigned to a seat next to a grossly overweight person, who frequently coughed and expelled fluid from his mouth; Mr Bassos complained after five hours and his request for another seat was refused by a cabin crew member. Thirty minutes later, when he made a second request, he was allowed to use a crew seat for an hour. Then he was required to return to his seat where he remained for another hour. After he re-seated himself in a crew seat for an unspecified period, a crew member invoked a security procedure and he was required to return to his allocated seat for 1.5 hours before landing.”

Although the airline has not given any statement over the case as it was underway, but it had earlier informed in a press briefing that it would oppose the action. According to the court papers, Etihad airlines argue to claim that the presence of overweight passengers who take up too much space in the cramped conditions of economy class is not unexpected or unusual. Nor is a passenger coughing an unexpected or unusual event.

The court has directed Mr Basso to face a Dubai medical Center assessment and the airline is expecting an early decision.

Excerpt from the case’s court documents have been quoted in this story.

Health Risks of Being Overweight