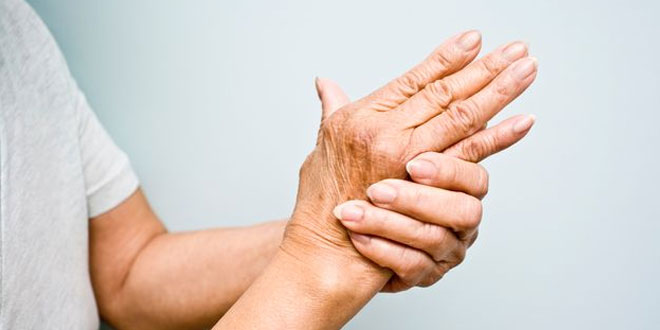 New US research has uncovered another link between gut health and physical ailments, finding that the bacteria in the gut could potentially predict an individual’s risk of developing rheumatoid arthritis.

Rheumatoid arthritis is an autoimmune disorder which occurs when the body mistakenly attacks itself, breaking down tissues around joints and causing painful swelling that can erode bone and deform the joints.

More than 1.5 million Americans suffer from the condition, which can also damage other parts of the body, including the skin, eyes, heart, lung and blood vessels, however scientists have a limited understanding of the processes that trigger the disease.

However two recent studies by Dr Veena Taneja, an immunologist at Mayo Clinic’s Centre for Individualized Medicine, have looked at a possible link between the condition and gut microbiota.

In the first paper, published in Genome Medicine, Dr Taneja looked a group of rheumatoid arthritis patients, their relatives and a healthy control group.

She found that those with rheumatoid arthritis had an abundance of certain bacteria, Collinsella, in the gut which are normally rare and of low abundance in healthy individuals.

The presence of these bacteria may help to not only diagnose patients but also help medical professionals to reduce the bacterial imbalance that could possibly cause rheumatoid arthritis before or in its early stages, potentially leading to preventative treatments according to John Davis III, MD, and Eric Matteson, MD, Mayo Clinic rheumatologis in dubai and study co-authors.

In the second paper, which was published in Arthritis and Rheumatology in Dubai, Dr Taneja used mice to explore another area of gut bacteria.

One group of mice susceptible to arthritis were treated with the bacterium, Prevotella histicola, while another group of mice received no treatment at all.

Dr Taneja found that the mice treated with the bacterium had less severe symptoms, less frequent symptoms, and less of the inflammatory conditions associated with rheumatoid arthritis specialist.

The bacteria treatment also had another added benefit, with the mice showing fewer of the side effects, such as weight gain, that can be found with more traditional, existing treatments.

Although the treatment has not yet been tested on humans, the mice’s immune systems and arthritis mimic that of humans, and therefore the team believe it is promising that the results will be replicated in human trials. And as the bacterium is already part of healthy human gut, as seen in the mice trials, humans are also less likely to suffer from side effects, explained study co-author Joseph Murray, MD, a Mayo Clinic gastroenterologist.

Further research in this area, in mice and then humans, could help scientists identify which individuals most at risk of rheumatoid arthritis and how the disease will develop, as well as how to treat it, with Dr Taneja commenting that, “These are exciting discoveries that we may be able to use to personalise treatment for patients.

What you need to know about Gout [Infographic]

How to Reduce Uric Acid Levels?