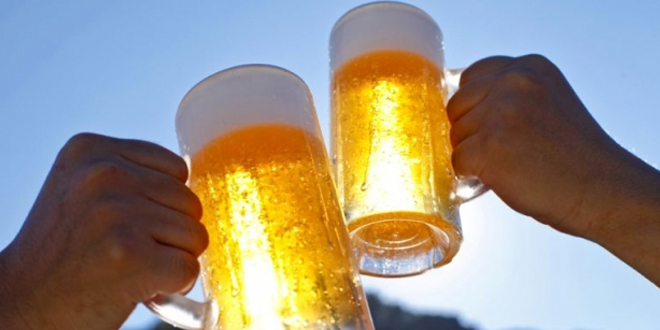 German brewers will be clinking glasses this year to the 500th anniversary of their “purity law”, even as craft label designers complain the decree is cramping their style.

Known in German by the verbal mouthful “das Reinheitsgebot”, one of the world’s oldest food safety laws limited the ingredients of the amber brew to just water, barley and hops, although yeast was later added to the approved list.

A Bavarian nobleman and early consumer rights advocate, Munich’s Duke William IX laid down the law on April 23, 1516, worried that the medieval staple was being adulterated with sawdust, soot and poisonous plants.

Today the regulation – far from being a remnant of the days of knights and castles – is a global selling point for German lager, pils and weissbier varieties around the world, say brewers.

“In contrast to our colleagues abroad, German brewers don’t use artificial flavours, enzymes or preservatives,” said Hans-Georg Eils, president of the German Brewers’ Federation, at the Green Week agricultural fair in Berlin.

“In times of healthy nutrition, demand for beer which is brewed according to the Reinheitsgebot is on the rise too,” he said.

Some simply follow their gut feeling as they hail the law, which will mark its 500th birthday at an April 22 ceremony in Ingolstadt, and nationwide a day later, the Day of German Beer.

“Munich’s beers, they are so good – I really believe there’s no better,” said Nick Zanic, sitting in a Bavarian bar, expressing a widely held local sentiment.

With even small towns and ancient monasteries making their own centuries-old brands, Germany has 3,500 breweries that exported about 1.5 billion litres last year.

In a country where beer has long been king, per capita consumption has dropped off to 107 litres a year from 150 litres in the 1970s.

Most of Germany’s breweries stick to the old Bavarian regulation that evolved over the centuries and became imperial law in 1907.

Beer experts acknowledge that the intentions behind the rule may not always have been as a pure as the beer itself, and that it was also aimed against international competitors.

Until the 1950s, Bavaria banned the import of beers from other states.

Germany did the same with foreign beers until the early 1990s when a European Court ruling forced it to open its doors to labels from other nations.

“Of course, the Reinheitsgebot until 1993 played a protectionist role,” said Methner of Berlin’s Technical University.

As it nears its half-millennium milestone, the law has again been criticised – this time by a new generation of craft brewers who want to add new ingredients, from honey to cranberries, and find the law too restrictive.

“There are small breweries and craft beer producers who would like to experiment, to embark on more daring creations,” said Stefan Hempl, spokesman of the large brewery Hofbraeu Munich.

Craft and boutique brewers can market their creations in Germany but have to label them as “mixed beer beverages”.

“What’s there to complain about with organic quince or coriander?” asked Simon Rossmann of Giesinger Braeu, a Munich-based craft brewer.

“What is not pure about such ingredients, which of course you can add to beer to give it a very different taste?”

The traditionalists argue that the permitted ingredients already allow for a universe of culinary possibilities.

“We are currently seeing a huge diversity, especially in the use of hops,” said Ebbertz of the Bavarian Brewers Federation.

Even without adding fruit, he said, “new varieties are giving beer some fruity notes which evoke mango, peach and the like.”

For now, the boutique labels remain a niche market in Germany.

Ebbertz argued that the purity law is an essential component of the success of German beer, adding that “I think we are well advised to stick to it”.

According to a survey conducted for the national federation, 85% of Germans feel the same way.