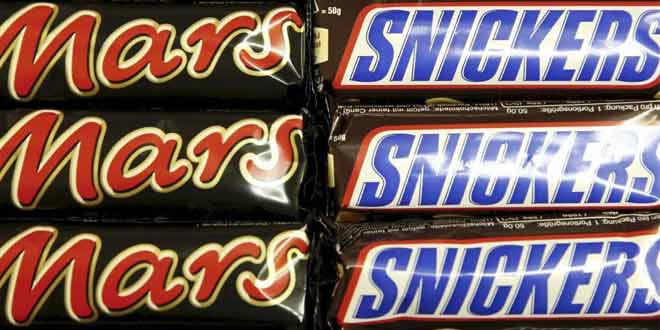 The international recall of millions of Dutch-made chocolate bars by US chocolate giant Mars is just the latest high-profile case of a major food brand being pulled due to a health scare.

In February 2013 a major scandal stretching across the European continent was triggered by the discovery that horsemeat was being passed off as beef in burgers and other meat products.

Several brands of meatballs, sausages, frozen burgers and ready meals like pasta were pulled from supermarket shelves by the millions by firms including Findus, Iglo, Ikea, Nestle, Panzani and Picard.

According to the French authorities, more than 4.5 million fraudulent products were supplied in 13 European countries to at least 28 companies.

A Dutch wholesaler, Willy Selten, suspected of involvement in the enormous food scandal, was sentenced in the Netherlands in April 2015 to 2½ years in prison.

In June, 1999 several countries withdrew soft drinks made by US-based beverage giant Coca-Cola after around 100 people fell ill in Europe after drinking its products.

The drinks were subject to a blanket recall for several days in Belgium and Luxembourg, and partially withdrawn in the Netherlands and France.

The cause of the sickness was discovered bad quality carbonic gas used in a Belgian factory and fungicide employed to treat wooden pallets in a French factory.

The company, criticised for poor management of the incident, admitted responsibility

In February 1990 mineral water icon Perrier voluntarily recalled its entire inventory of bottled mineral water from store shelves throughout the world – some 160 million bottles – after tests showed the presence of the chemical benzene in some bottles in the United States and Britain.

The group said that human error – the use of a benzene-based product to remove grease from a bottling chain machine – was to blame.

Only several weeks later did Perrier start supplying its distributors again and the company, whose product is sold in little pear-shaped green bottles, had difficulty in restoring its reputation, especially in the United States.

Perrier and the US Food and Drug And Drug Administration stressed that the amount of benzene – which can cause cancer in people and animals – was of no immediate threat to health.