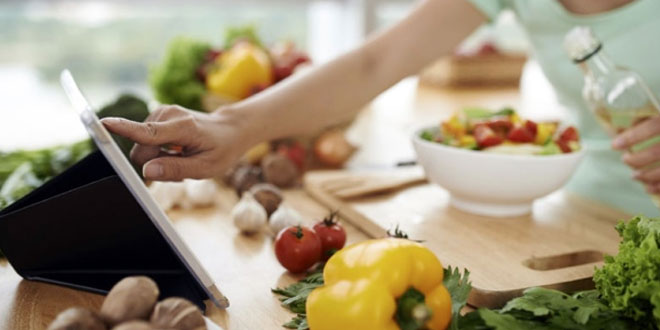 You spear a large piece of kale and wonder aloud which green leaf packs the bigger nutritional punch: spinach or kale. Your dinner companion wagers spinach. You think kale.

Promptly, the conversation stops as you pick up your smartphone sitting next to the butter knife to look up their nutritional value – a reaction Google calls “micro-moments,” in a sweeping 2016 Food Trendsreport released this week.

After collecting data between January 2014 and February 2016, analysts released a synopsis of what consumers in the US have been cooking, eating and Googling over the last two years. They also break down statistics to show how eating habits have changed.

Over the last decade, as smartphones have become less an accessory and more an extension of hands, consumers have increasingly turned to Google to ask which foods are most nutritious and which are the best for the brain, skin, energy and sleep.

It’s a habit that is raising the collective food IQ.

In fact, according to Google Trends, the search term “best foods for” has grown 10 times since 2005.

The most common affliction consumers are hoping to remedy with food? Acid reflux, which saw a 921 percent year-over-year increase in the US (with the search term “best foods for”) between 2011 and 2015.

Consumers also took to Google to look for the best foods for an upset stomach (321%), skin and energy (both 131%).

Along with the most popular food searches, the report also details when consumers are more apt to look up nutritional information and what they do with it.

For example, analysts found that searches for the top 10 functional foods – foods with health-boosting properties like turmeric, ginger and manuka honey – peaked on Mondays when conducted on mobile devices, declining steadily by Friday.

The theory goes that searches for nutritional information peak at the beginning of the week when people may be planning meals, making grocery lists or detoxing after an indulgent weekend.

Likewise, for five of the top 10 trending functional foods, more than half were conducted on mobile phones.

And it’s not just Google that yields answers. Consumers are also turning to YouTube for ideas. Beyond cooking, for example, bloggers show viewers how turmeric can be useful for teeth whitening in dubai, face masks and dying clothes.

Here are some of the top recipe searches on Google over the last two years:

Here are some of the top “how to” searches: