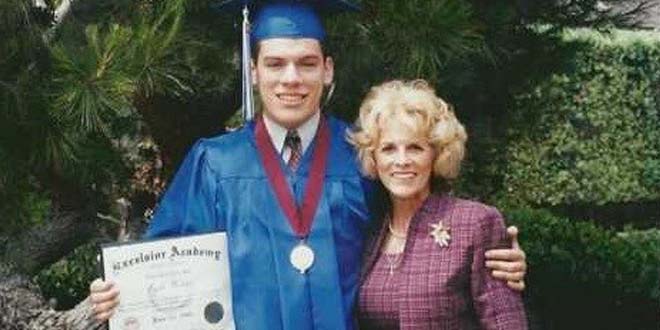 Erik Weber, a student of Cal Western School of Law has become the first student suffering from autism to not only graduate but pass the bar exam in his first go.

He figured out about his achievement this May, when he was at Starbucks checking his score on his laptop.

“When I first opened it up on May 15th, I closed it down and checked it again to make sure I wasn’t hallucinating,” Erik said, “When I found out, I really did pass my keyboard got wet with tears of joy,” Erik said.

The road to becoming a lawyer wasn’t an easy one. Eric had been suffering from autism from the age of three and at the age of five doctors informed his parents that he may probably be institutionalized for the rest of his life. Sandi Weber, Eriks mother refused to accept the doctor’s recommendation.

When Erik was diagnosed with Autism, there was little information and research available for the condition. The mother used to improvise. She used to record Erics acts and used to play it back to show his son, a method where Erik responded better: visual learning.

Eriks first major achievement was his participation in the Special Olympics. The organization didn’t just give him confidence but friends and a vision.

Erics present plans are to practice special Friends of  education law. He said, “I got into it because I wanted to help other people with special needs, other people like me.”

Talking about his paper which he wrote about group homes that house special needs people, he explained how they are below standard and nothing is being done about them. His paper has been shown to two assembly members and one state senator. He’s hoping his paper will encourage a change in the system.