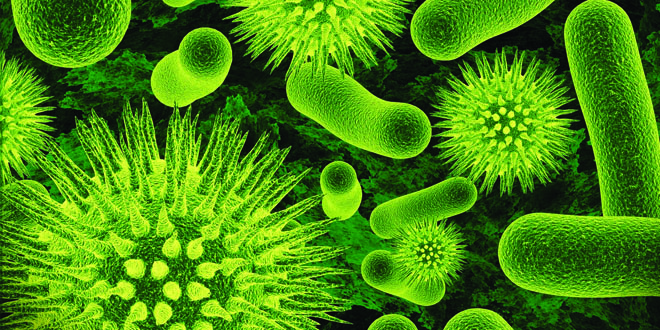 Celebrating the Death of Smallpox, WHO Declares Smallpox Eradicated, Smallpox: A vaccination Success Story—for anyone having been a functional part of society 35-years-ago, such headlines would have been personal reasons to look towards a brighter future. Opening with the elimination of the smallpox virus, 1980 was perhaps one of the most auspicious years to promise a triumph for mankind.

Unfortunately, an overwhelming number of viruses still continue to run rampant in present-day. Dengue fever is estimated to infect more than fifty million people every year with possibly life-threatening consequences. The mortality rate of AIDS has increased by 11% in Pakistan alone between 2000 and 2013. Viral hepatitis continues to be one of the most easily communicable diseases in the poor hygienic conditions of slum areas.

Scientific necessity, however, begs a particular question: what do these viruses have in common? The morbidity of viruses relies on their ability to induce the DNA of the cells they invade to make copies of themselves, and many of them achieve this by way of a molecule described as double-stranded RNA.

This unique molecule in virus-infected cells is targeted by a drug-in-development: DRACO. The potential of said drug, initiated by MIT researchers in 2011, is being speculated as a ‘doomsday device’ for all viruses, owing to its mechanism of targeting double-stranded RNA and thereby clearing the body of virus-infected cells.

Despite the risk of unforeseen toxic effects when DRACO progresses to human testing (from its present limitation to rat test-subjects) clinical trials are expected to unveil and help combat these side-effects. As of now, hopes are high for a broad range of antiviral action, including the following families of viruses against which it has already been successfully tested:

Presently, DRACO is estimated to be in the market by 2022. Although the wait is long, I encourage everyone to keep in mind the massive advancement this antiviral could be in the long term for human health. Since the discovery of penicillin, the first antibiotic, in 1928, we may have the chance to tackle an entirely different species of microbiological pests. After an almost century-long gap, a new ‘wonder drug’ may emerge as an open doorway to saving lives.

About the author: Mahnoor Islam is a first-year MBBS student currently enrolled in Dow Medical College.