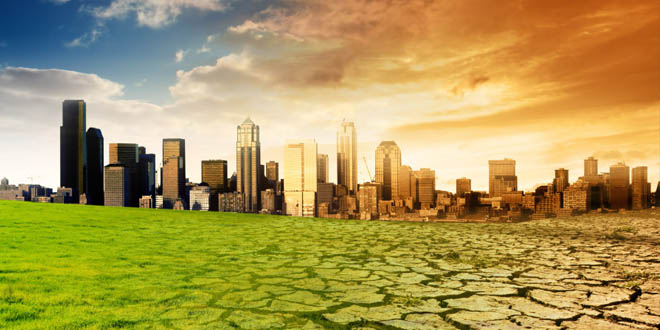 Climate change and us

Tourism has been around for centuries, but the era of British aristocrats developed the industry further with the inception of Royal Tour in which the young men and women of the elite class would travel in search of knowledge, wisdom and experience the different languages, cultures and traditions.

At first voyages were made to continents which sometimes took days and sometimes months.

However, the tourism industry is now known as a reflection of integrating different culture. The industry attracts millions of tourists all over the world to visit a place for different purposes. India and China are now known as the leading countries in outbound tourism. They generate tourists for mostly other Asian destinations but the US is the destination chosen by the majority of Chinese while Indian travellers are more eager to visit the UAE.

Had it not been for the global village, tourism would not have been able to grow as an industry. Cruise Tourism is the perfect example of globalization because not only does it employ labor from all over the world, it crosses borders while at sea with just the help of a flag of convenience.

The temperature of earth is balanced by the creation and replacement of carbon dioxide in our atmosphere. However, because of the rising number of manufacturing facilities, air pollution is increasing. An imbalance is being created with this air pollution and the carbon dioxide we exhale.

This imbalance could lead to the earth’s temperature being changed to such an extent that can result in the extinction of all living organisms. The effects taking place are not confined to a country or a continent; in fact ripples of adverse effects are felt globally. As humans continue to burn fossil fuels, and butcher forests, the negative implications of climate change have begun to have ghastly impacts on our lives.

In 2013, China experienced a sudden decline in its tourists. When the matter was probed further, findings revealed that high level of air and water pollution was an influencing factor for the decline. China’s air pollution reached heights as tourists saw the outdoors covered with smog that restrained them from venturing outdoors. Trips were cancelled and even those foreign tourists – who had been residing in China for a long period of time – made their way back home.

Tourists for different locations require different weather conditions: wind, snow, water and heat from the sun. Those visiting with a purpose to sail, ski or sunbathe need these elements of the climate to work in harmony. When the harmony is destroyed and nature becomes a curse, then people are bound to make their way back home. Mountainous regions are owned by nature based tourism.

Climate change is drastically changing the way we travel and limits tourists from benefiting from the beauty of nature.

Snow based tourism is at a decline as increased temperatures have made snowlines risky for skiing. Travel agents and tour operators, who target the Mediterranean to the North American market as the number one choice for those in search of sun and beach, have been unable to find their market. Climate change has changed the perception of tourists and the Mediterranean has become too hot for them, as tourists cannot bear the heat.

Increasing temperature, decreasing precipitation, rising sea levels and destruction of eco systems are all examples of effects of climate change. The increase in the Caribbean’s air temperature has made the wind too heavy for sailing. Thus, their tourists are now inclined towards choosing other tourists destinations. Rising sea level of the Caribbean and harsh coastal weathers have forced the industry to replace hotels and close beaches that previously hosted a large amount of tourists.

If steps are not taken to control climate change and restrain human activities that are impacting climate in a negative way; the tourism industry will suffer to great extents. Although some destinations profit from these climate changes and a boost in domestic tourism is always welcomed, every country in the long run will face losses in this industry – losses that will be hard to recover from for a long time.

Some extreme weather made worse by climate change: Study