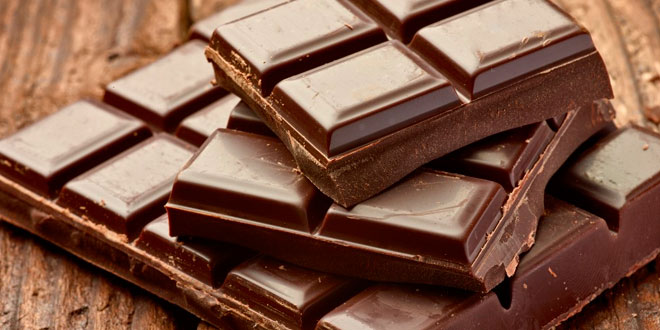 Chocolate Can Boost Your Physical And Mental Performance

In a study out of Kingston University, U.K., Rishikesh Kankesh Patel and his team split nine amateur male cyclists into two groups to look at the effect of dark chocolate on athletic performance.

Participants in the first group were asked to replace one of their normal daily snacks with 40g of dark chocolate for a two-week period, while the control group substituted their daily snack with 40g of white chocolate. After two weeks the groups swapped.

The cyclists’ sports performance was measured before the study and after each two-week period using a series of cycling exercise tests.

The results showed that after two weeks of eating dark chocolate, the participants’ sports performance had improved, with participants using less oxygen in one cycling test and covering more distance in another.

Mr Patel believes that the performance-boosting effects of dark chocolate are thanks to epicatechin, a flavanol found in the cacao bean, which increases nitric oxide production in the body, which gives a similar exercise boost as beetroot juice, already consumed by athletes to improve performance.

“Both dark chocolate and beetroot juice are known to increase nitric oxide, which is the major mechanism we believe is behind these results,” said Mr Patel, adding, “We found that people could effectively exercise for longer after eating dark chocolate — something that’s not been established before in this way.”

The study can be found online in Journal of the International Society of Sports Nutrition.

In another study published this week, in the journal Appetite, a team of researchers from the University of Maine, University of South Australia and Luxembourg Institute of Health found that eating chocolate can also improve cognitive function.

However the team also found that when compared to those who never or rarely ate chocolate, those who indulged in chocolate on a weekly basis also had higher levels of cholesterol, including the “bad” LDL cholesterol, although those who ate chocolate also had lower glucose levels, and were less likely to suffer from Type 2 diabetes and high blood pressure than those who didn’t eat chocolate.

Must Have Classic Desserts From Home Bakers

Dark chocolate is good for your heart and arteries

Here is why we all love chocolate