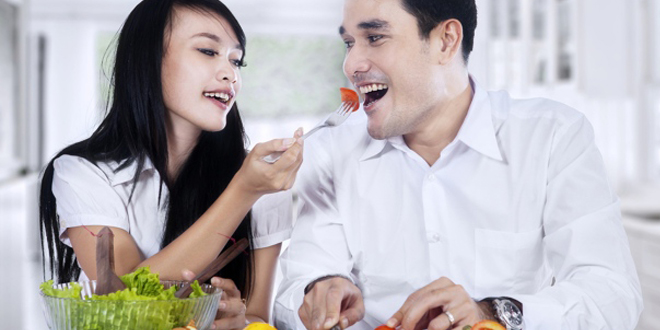 Can a perception of food as “healthy” encourage overeating?

A new US study has found that people often over-eat food when it is considered to be “healthy”, as they think it is going to be less filling.

Researchers from the University of Texas, Austin carried out three studies to look at the theory that “healthy = less filling” and looked specifically at the overeating of healthy – rather than unhealthy – foods.

The first study asked 50 participants to take the Implicit Association Test, which looks at participants’ attitudes and beliefs towards a topic.

In this case participants were asked about their attitudes and beliefs on the concepts of healthy and filling foods to try to find evidence for a relationship between the two.

The second study measured the hunger levels of 40 participants who had eaten a cookie that was either presented as healthy or unhealthy to look at the effect of health portrayals on hunger levels.

In the third study the team wanted to recreate a realistic situation to look at the effect of health portrayals on the amount of food ordered by 72 participants before watching a short film, and the amount of this food that was actually eaten during the film.

The results showed that when a food is portrayed as healthy participants order larger portions of the food, eat a larger quantity of the food, and report lower hunger levels after eating.

The researchers also found that when a food is portrayed at healthy on the packaging label, it has an effect on the consumer’s judgment and behavior, with the findings suggesting that healthy food labels may actually be contributing to rising levels of obesity rather than reducing them, as consumers may have a tendency to overeat foods labeled as healthier.

However, the team also found that highlighting the nourishing aspects of the healthy food helps to reduce overeating as it is no longer perceived to be less filling, leading to the conclusion that consumers should use food labels to look for foods that are nourishing and filling rather than just healthy, to avoid overeating.

The study will be published in the first issue of the Journal of the Association for Consumer Research.

Evergreen Review: The Healthiest Kid On The Block Is Gaining Mass Popularity