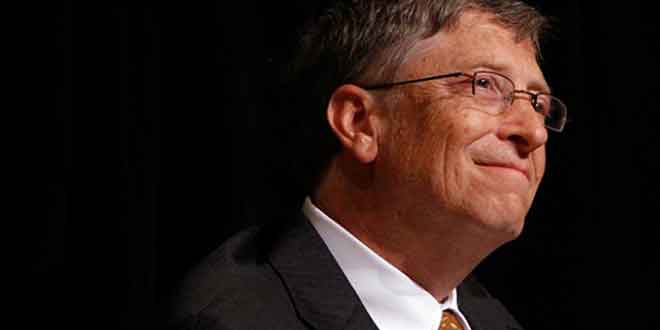 The CEO Microsoft, Bill Gates, in a post to the chairman Tehreek e Insaf, Imran Khan, said that his organization is ready to help in improving the health sector of KPK province and is ready to support the KPK government in establishing a satellite system like other developed countries. In the post, Bill gates appreciated the will and ambition of Imran khan to bring the provincial government, the federal government and the security forces on one platform on the issue of health. In the post Bill Gates showed hope that Imran Khan’s personal interest and efforts would eradicate Polio from the country.

The satellite system or the mapping system which Bill Gates referred to is actually a GIS technology which helps the vaccinators in improving their maps enabling them to set better targets and finding accurate places of where they should go. It was recently used in Nigeria against Polio. Such surveillance reduces any chance of a Polio team to miss any region under it.

The use of digital mapping technology underlines the minute level of detail, planning, and organization required to completely eradicate polio. Meanwhile, no one can ignore the other important pieces necessary to eradicate polio—sustaining political will and funding so vaccinators can reach children in every village, and ensuring accountability so the disease has nowhere else to go.

In the letter Bill gates said “I am encouraged by your personal commitment to eliminate this disease in Pakistan your strong leadership comes at a critical time at our global efforts”.

He further said “I am interested in your opinion on the use of mapping technology in Pakistan, a technology which has help Nigeria get close to eradicating polio, I know there are sensitivities around this type of technology and I look to your guidance on what is appropriate, I have asked Dr. Waqar Ajmal to follow up with your team during his current mission.”

“It is encouraging to see the army federal and provincial governments working together under your banner – United for health, this initiative is key to interrupting transmission and it highlights how polio is truly a humanitarian priority above political and partisan differences”, he added.

In the later part of the letter he wrote, “I have no doubt that your discussions with the chief secretary and the chief minister of KP will help encourage the implementation of IPV campaigns and revitalization of quarterly and monthly review meetings”.

Ending the letter Bill Gates said, “Your direct engagement and leadership are essential to ensuring a polio free future for all of children of KP, FATA and Pakistan – And your work will have global reach and recognition”.

In the closing sentences he said thank you again for your commitment and dedication to these efforts, I look forward to the day when you and I can celebrate the eradication of the terrible disease and the improved health of the world’s children”.

Earlier on March 3rd, 2015 Philanthropist and chairman of Bill and Melinda Gates Organization called Imran khan and congratulate him for anti-polio campaign “Sehat ka Ittehad”  (Alliance for Health). He also appreciated Pakistan Army for their untiring efforts in providing security to polio workers. Imran khan said that irrespective of their differences with federal government he started the Sehat ka Ittehad program as the future of Pakistan lies in healthy children.

It has been taken in notice by the world how Bill Gates on both occasions directly contacted Imran Khan (in person) and not the federal government in his part he wants to play against Polio in Pakistan.