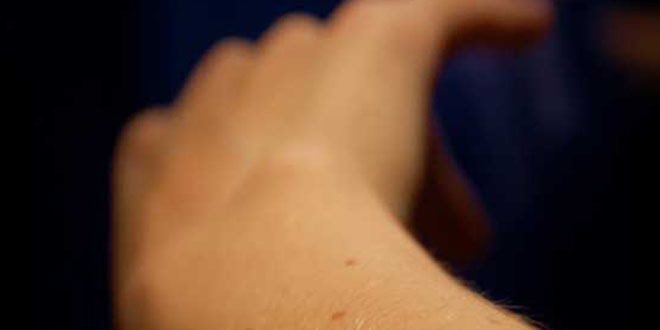 Counting the number of moles on a person’s right arm could indicate vulnerability to skin cancer, with 11 or more moles being a “strong predictor” of melanoma, research published Monday suggested.

The study in the British Journal of Dermatology found that the number of moles on the right arm was the closest predictor of the number on the entire body.

The greater the total number of moles on the body, the higher the risk from melanoma, or skin cancer.

Scientists at King’s College London said the findings could help doctors more easily identify patients at risk, by using the arm as a “proxy” area.

The exercise was then repeated on a group of around 400 men and women with melanoma.

Women with more than 11 moles on their right arm were more likely to have over 100 on their body in total, which was a “strong predictor” of melanoma, researchers said.

A previous study conducted in Australia suggested that 10 moles on the arms represents an 11-fold increase in the risk of melanoma.

Lead author Simone Ribero, of the department of twin research and genetic epidemiology at King’s College, said the findings could have a “significant impact”, allowing doctors to “more accurately estimate the total number of moles in a patient extremely quickly via an easily accessible body part”.

“This would mean that more patients at risk of melanoma can be identified and monitored,” Ribero added.

The appearance of a new mole or a change in an existing one are the most common signs of the disease.

Claire Knight of Cancer Research UK said the study could be helpful but warned: “It’s important to know what’s normal for your skin and to tell your doctor about any change in the size, shape, colour or feel of a mole or a normal patch of skin Doctor.

“Don’t just look at your arms — melanoma can develop anywhere on the body, and is most common on the trunk in men and the legs in women.”