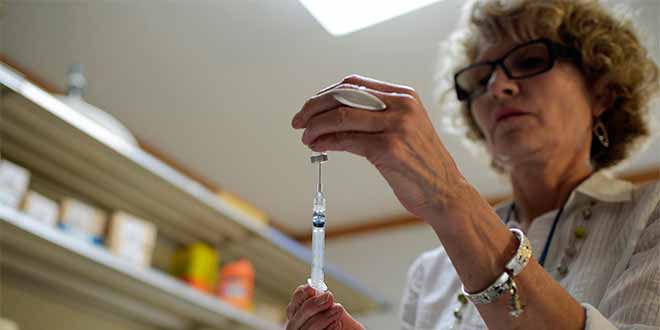 A 12-day anti-measles campaign is underway in Jaffarabad along with other districts of Balochistan. At least 2,140 out-reach volunteers while as many as 493 fixed site teams are participating in the vaccine campaign. In Jaffarabad alone, 171 teams have been formed for the campaign, whereas 40 health centers have been created.

In the campaign, about 3.5 million children would be vaccinated in 32 districts of Balochistan. According to the district health officer (DHO Jaffarabad), Dr. Jamal Uddin Jamali, more than 2 lakh 23 thousand children of age 6 to 10 would be provided with measles vaccination in Jaffarabad.

The Chief Minister (CM) Balochistan had issued at least Rs 137 million, whereas more than 500 police and Frontier Corps (FC) personnel have been deployed for the teams’ security.

Measles can lead to life-threatening complications such as meningitis and pneumonia, particularly in developing countries like Pakistan, and especially the provinces Sindh and Balochistan, where under nourishment leaves many children with low immunity.

As per a current WHO report, measles claimed lives of 103 children throughout the country from Jan 1 to Jan 19’ 2015. Of them, 33 children died in Balochistan.

The report carries month-wise comparative study of measles outbreaks in Pakistan with clear indication of a huge impact of the disease, which spread beyond anticipation in the start of the new year compared to the last year.

According to the DHO Jaffarabad, the 12 day measles eradication campaign is vital for children of the province. The campaign will end by April 24.

The menace of measles

Goals for Anti-Measles Drive Have Been Achieved