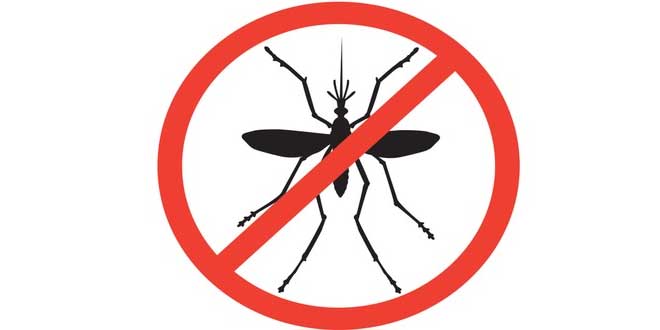 National Anti-Dengue Day to be Observed on June 15th

There has been an establishment to observe a national Anti-Dengue Day within Punjab on the 15th of June. It will work towards achieving the ultimate aim of increasing awareness pertaining to dengue fever, within the population.

Kh. Salman Rafiq, the Advisor on Health, attempted to promise upon this commitment on Monday, the 25th of May, whilst successfully addressing to a meeting of the Cabinet Committee on Dengue.

Kh. Salman Rafiq stated that dengue is entirely under control owing to the consolidated efforts of government departments practiced with diligence. However, he took care to mention that all stockholders must continue with their efforts and struggle against dengue fever in order to prevent it from pervading throughout the province in the season to come.

The meeting endeavored to edify the committee members in terms of the breeding process of the dengue larvae and how it has comparatively reduced to a great extent on account of the rise in temperature. Therefore, the dengue larvae are rarely being reported in Lahore and Sheikhupura.

The health adviser directed principals and head masters of schools and colleges is accounted to visit the institutions twice a week midst summer vacations in order to carry out the dengue surveillance procedures in regard to ensuring that the institutions under no circumstances serve to be the prime locations as to where the breeding of dengue virus incepts from, or even spreads from.

The meeting also educated the members in regard to the violation of the stringent dengue regulations in Lahore, due to which more than a 100 FIRs were registered, and a total of 18 persons had been arrested. Moreover thoroughly studied chemical along with biological methods are being exercised upon in order to entirely eliminate the dengue fever.

Member National Assembly Kiran Dar, MPAs Lubna Faisal and Pir Ashraf Rasool were also spotted attending the meeting. Senior officers of the concerned departments, including Director General Health Dr. Zahid Pervaiz were accompanied by the representatives of the departments of the Federal Government in Lahore. Commissioners working within Gujranwala, Rawalpindi and Faisalabad were also a vital part of the meeting.

The transmission and inception of dengue fever within a person is attributed to a mere bite of a mosquito carrying a dengue infection serotypes of which there are four kinds. This illness is deemed and concluded to be lethal on account of the intensive research that has been taken place throughout the years. The virus strongly affects both young children and adults and also infants. It attempts to attack and the person begins to display symptoms that appear within 3-4 days after the bite.

The transmission of the dengue fever is not direct from person-to-person. The symptoms of this deadly fever are numerous and they range from slight warmness and fever to extreme high fevers that continue to fluctuate. Dengue fever after effects include extreme headaches, acute pain behind the eyes, along with pain within the muscles and joints and Rashes are also symptom filed under the virus. There has been no real establishment of a vaccine or other specified medicine to treat dengue. Patients suffering from dengue fever are advised to engage in bed rest, and accommodate a healthy diet and lots of fluids within their daily routine. Medicines such as paracetamol reduce the fever. However, seeing a doctor is crucial.

Severe dengue is also labeled a dengue hemorrhagic fever. Its symptoms are determined by fever, pain in the abdomen, constant vomiting, bleeding and breathing difficulties. It is a potentially life threatening form of fever. The fever is a lethal and complex virus that strongly affects children mainly. Early and quick clinical diagnosis with assistance from cautious management by trained physicians helps to increase the patient’s chances of survival.