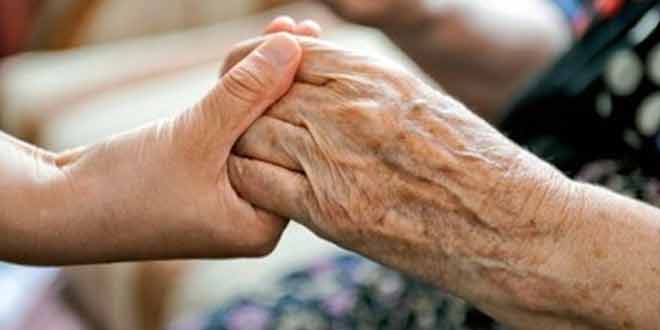 Sufferers of Alzheimer’s disease may not have “lost” their memories, but could simply have difficulty accessing them, say researchers, who unveiled a possible treatment that could one day offer a cure to the ravages of dementia.

Nobel Prize-winner Susumu Tonegawa said studies on mice showed that by stimulating specific areas of the brain with blue light, scientists could make the creatures recall thoughts that were otherwise unavailable to them.

The results offer some of the first evidence that Alzheimer’s disease does not destroy specific memories, but rather makes them inaccessible.

“As humans and mice tend to have a common principle in terms of memory, our findings suggest that Alzheimer’s disease patients, at least in their early stages, may also keep memories in their brains, which means there may be a possibility of a cure,” Tonegawa told AFP.

Tonegawa’s team used mice that had been genetically modified to exhibit symptoms similar to those of humans suffering from Alzheimer’s disease — a degenerative brain condition that affects millions of adults around the world.

The animals were put in a box which had a low level electrical current passing through the floor — giving an unpleasant, but not dangerous, shock to their feet.

An unaffected mouse that is returned to the same box 24 hours later freezes in fear, anticipating the same nasty sensation.

Mice with Alzheimer’s do not, suggesting they have no recollection of the experience.

But when researchers stimulated targeted areas of the animal’s brains — the “engram cells” associated with memory — using a blue light, they appeared to recall the shock.

The same result was noted even when placing the creatures in a different box during stimulation, suggesting the memory had been retained and was being reactivated. By examining the physical structure of the mice’s brains, researchers noted that those affected with Alzheimer’s-like conditions had fewer “spines” — conduits through which synaptic connections are formed.

Via repeated light stimulation they were able to increase the number of spines to levels indistinguishable from those in normal mice, resulting in their exhibiting the freezing behaviour seen in the original box.

“The mice’s memories were retrieved through a natural cue,” Tonegawa said, referring to the box that initially triggered the freezing behaviour.

“This means that symptoms of Alzheimer’s disease in mice were cured, at least in their early stages.”

The research, carried out by the RIKEN-MIT Center for Neural Circuit Genetics, is among the first to prove that recall — rather than memory — is the problem, Japan-based RIKEN said.

“It’s good news for Alzheimer’s disease patients,” centre director Tonegawa, who won the 1987 Nobel Prize for Physiology and Medicine, told AFP by telephone from his office in Massachusetts.

The optical stimulation of brain cells — a technique called “optogenetics” — involves inserting a special gene into neurons to make them sensitive to blue light, and then stimulating specific parts of the brain.

Optogenetics has previously been used in psychotherapeutic treatments for mental illnesses such as depression and post-traumatic stress disorder (PTSD).

Tonegawa said the research on mice offered hope for a future treatment for Alzheimer’s disease, a condition that accounts for about 70 percent of the 47.5 million people around the world suffering from dementia, figures that are expected to increase as developed countries such as Japan grow older.

But he cautioned more work was yet to be done.

“Early-stage Alzheimer’s may be cured in the future should a new technology that meets ethical and safety conditions for treating humans be developed,” he said.

Can Your Diet give You Alzheimer’s

Things you should know about Alzheimer’s

Negative outlook on ageing may contribute to Alzheimer’s disease: Study