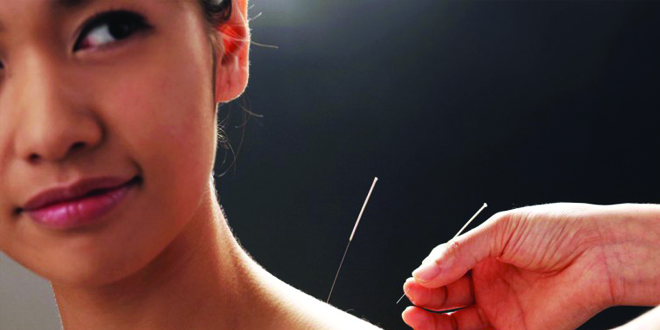 According to a new American study published in the journal “Alternative and Complementary Therapies,” acupuncture significantly reduces chronic pain in children.

Acupuncture is already scientifically recognized for its healing power in adults, but there has been little research into its effectiveness in children.

American researchers at the Rush University Medical Centre in Chicago sought to understand if this ancient Chinese medicine could be an effective alternative treatment for chronic pain in children.

The study covered 55 children and teenagers, aged from 7 to 20, who experienced chronic pain. Each patient received up to eight individually tailored acupuncture treatments lasting 30 minutes.

“Effective treatment of pain can be particularly difficult because it’s subjective. But with children it is increasingly difficult, because a child may not be able to communicate effectively depending on the age and accurate recognition of pain,” explained Angela Johnson, a practitioner of Chinese medicine at the Rush Centre.

Chronic pain is pain which lasts weeks, months, even years. 20 to 35per cent of children under 18 suffer from such pain around the world. The most frequent conditions that cause chronic pain include headaches, abdominal pain, back pain, musculoskeletal pain, scoliosis, leukemia, sport injuries, and Crohn’s disease.

Researchers found that all the patients reported significant and progressive reduction in pain over the course of the eight treatment sessions, with a stronger reduction in the early treatment. The participants also noted an improvement between the beginning and end of each session. They also felt a more general sense of well-being, with reduced emotional, social and educational problems. These findings were corroborated by the parents’ observations.

To measure the intensity, location and quality of pain, the scientists used the Adolescent Pediatric Pain Tool consisting of a body diagram to locate the pain, a pain intensity score via a scale ranging from “no pain” to “worst possible pain” and a number of pain quality descriptors (for sensory, affective, temporal and evaluative pain) to identify what was a real or subjective experience of pain.

Paul Kent, joint author of the study and a pediatric oncologist at the Rush Centre, says that acupuncture provides an amazing alternative to medication, particularly suited to patients who have to cope with pain throughout their life, including those with sickle cell anemia and the after effects of cancer. “In addition, it helps with anxiety and depression,” Dr Kent explained.

Symptoms of Hypocalcemia That You Should Not Ignore

Can Acupuncture Help With Weight Loss? Here’s The Truth!