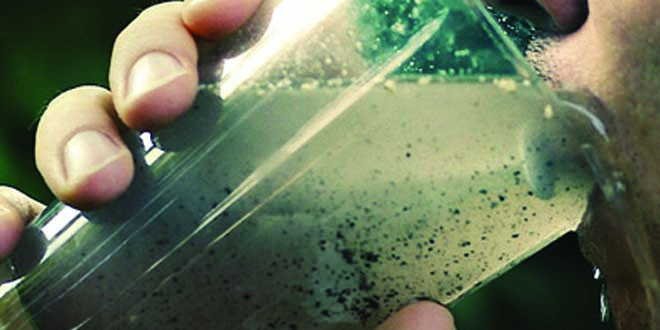 A National Investigation Agency report has revealed that 90 percent of water in Pakistan is unsafe, which is leading to an increase in cases of hepatitis and cancer.

Water pollution has become a major threat in Pakistan to public health as the quality of drinking water is monitored and managed poorly.

According to the report, 82 percent of the people who are drinking this water are getting affected by fatal diseases. A report by the Water Research Council states that bacteria, arsenic dust and waste is found in drinking water in Pakistan’s 23 major cities.

The Pakistan Medical Association states that 90% of health problems are caused by drinking water – which has so far led to 11 million deaths annually.

The sources of drinking water, both groundwater and surface, are contaminated with toxic metals, pesticides and chloroforms throughout the country, which is unsafe for human consumption. Supply of adequate safe drinking water is the need of the hour; otherwise contaminated water has waterborne diseases present in it that can lead to deathly viruses and diseases, particularly in children.

It has become increasingly important to sustainably use resources and take environmental issues seriously. It would cost extremely high to the economy if the situation is not addressed in future.