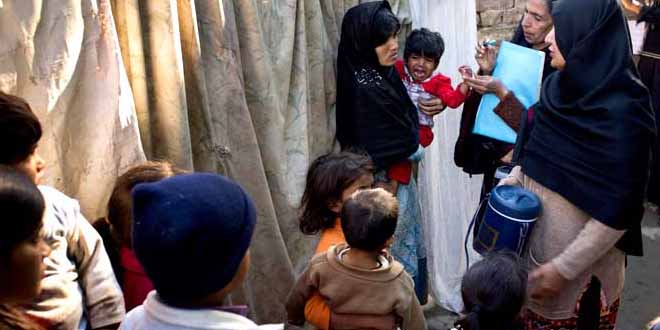 The 3 day Polio eradication campaign is underway on its second day. During the campaign, a little over 695,000 children would be provided with vaccines.

According to Dr. Ikhtiar, the Anti-Polio Drive Officer of Fata, the campaign is being run under strict security. In the campaign 695,273 children are being given polio vaccines, for which 2897 teams are working. The campaign is also being held in many areas of North and South Waziristan. This Polio eradication campaign will continue till 18 February 2015.