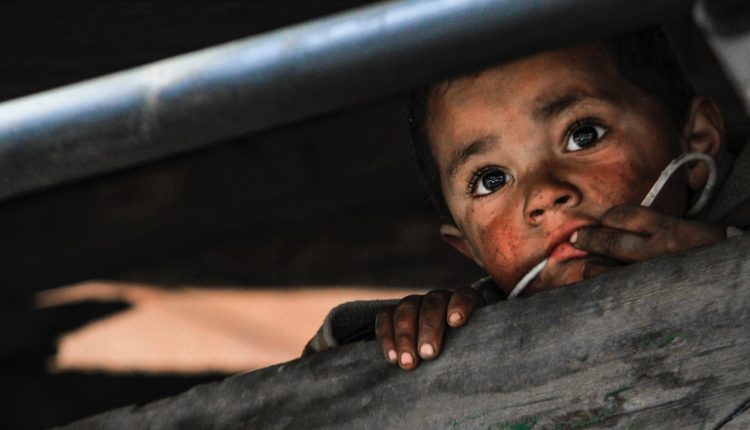 War Talk – How Our Children Are Keeping Up

On August 5th, the Indian government revoked the special status given to Indian-Occupied Kashmir. Following the move, it shut down all telecommunication and internet in the region, putting the state under a literal lockdown with thousands of additional Indian troops sent to the valley.

Since the lockdown in Indian-held Kashmir began, children in Pakistan are exposed to violent images on television and newspapers. And in some cities, graphics posters have been installed on streets. This has led to many children asking ‘why are people being tortured and killed?’

Experts believe that children who have exposure to indirect war are likely to suffer from various mental health problems, because violent images coming from conflict zones leave their mark on children’s brains.

Ayesha Mehboob, a mother of three, says that to stay informed her husband watches news at 9pm during their dinner time. This routine has started bothering her, as their 11-year-old daughter Amna now asks why Kashmiris are being killed, while their son Hashir wants to join the army to fight for those suffering.

Karachi-based psychiatrist Dr Nazila Bano Khalid says that children who indirectly witness war suffer from anxiety. This is because they develop empathy quickly and feel vulnerable that war might start in their country too.

“Violent images on television and newspapers can cause aggression among children, for instance, they think [about] how they can help those facing violence in their homeland,” she elaborates.

Dr Khalid explains that our children, especially those living in Karachi are already prone to mental health issues owing to the volatile situation in the metropolis. “Just as they leave their house, parents start praying for their safety,” she says, adding that since parents feel insecure, children also feel the same, and this sense of insecurity can cause various problems. “We cannot tell our children to become indifferent.”

Psychologist and mental health counselor, Yumna Usmani, also says that psychological effects of indirect war on the children can be intense because their brain is still developing.

“Children cannot comprehend the causes of the war or understand the triggers and foresee the consequences. Violent images make a child go through unanticipated and abrupt losses and disruptions in their lives, which leads to depression and anxiety. They are unable to understand what might trigger or lead to a full-blown war, henceforth, [they] develop anxiety over everything.”

Usmani says violence on TV may induce aggression in children. It also either desensitizes them to violence and normalizes it or makes them anxious and super sensitive to violence, she adds.

How Can We Help Our Children?

Dr Kahlid says there is a need to guide children on what they can do in their individual capacity. “It’s a pity that most games that children play on their mobile phones or play stations involve shootings,” says Dr Khalid.

Exposure to such games either makes children feel scared or aggressive. Therefore, Dr Khalid says, parents and teachers should help children have a positive attitude towards life.  “We need to instill confidence in our children and tell them that an eye for an eye is not a solution to the problem,” she says.

Related: How Abusing Screen Time Is Affecting Our Eyes

However, we cannot deny that we live in a volatile state. As a result, Dr Khalid advises we should also arm our children with the right information. “This means telling them about all emergency numbers in their area and teaching them basic first aid methods,” she adds.

The international organization Red Cross believes that every child aged between five and 11 should be taught basic first aid to help them stay safe and save lives in emergency situations. More importantly, first aid knowledge helps boost a child’s confidence.