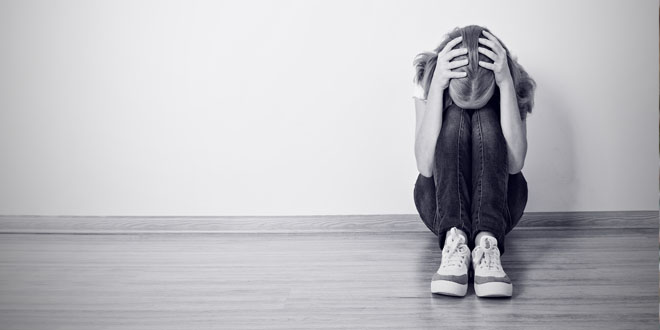 Would you know if you had depression?

Depression is a feeling of sadness that lasts for a long period of time and accompanies with it severe symptoms which affect daily activities and cause lots of pain for the individual going through it as well as their loved ones.

People often use the term depression when they are gloomy and blue. Many times it passes away. But that’s not the Had Depression we are focusing on. Clinical depression is the kind which needs psychological assistance, as it is more serious in nature and is given the status of a serious medical illness.

Someone going through depression would undergo persistent sadness, anxiety and feeling of emptiness. They start to lose hope, become pessimistic and are unable to imagine even a possibility of a better future. There are feelings of guilt, worthlessness and/or helplessness. These people become irritable and restless; they may undergo insomnia or might start sleeping excessively. Depressed individuals also lose interest in activities or hobbies which once gave them pleasure, including sex.

Depression can also occur with heightened state of emotions (mania). Such that at one point a person Is at the highest emotional peak (mania stage) and at another he/she’s mood goes completely down (depression).

There is difficulty in concentration, remembering details and making decisions. They lose their appetite or sometimes start over-eating; alongside this, they experience aches or pains, headaches, cramps or digestive issues which do not resolve even with treatment. Eventually, there comes a time when the victim is filled with thoughts of suicide which become attempts.

What causes depression cannot be narrowed down to one single factor. Depression has a genetic, biological, environmental and/or psychological element to it. Brain-imaging technologies, such as the MRI, have shown that the brains of people with depression are different from those who are not depressed. Sine, the parts of the brain involved in mood, thinking, sleep, appetite, and behaviour, appears different in people with no depression. A depressed person naturally acts differently than other people and sometimes becomes victim of blaming. Even dressing up becomes a hefty task for these individuals.

It should be noted, however, that depression is often considered the common cold of mental disorders – people at one point of their lives or another, do come across it either directly or indirectly through  a friend or family member etc. But not everyone suffers through depression the same way as others do. Depression varies in its types, frequency and intensity.

One of the commonly heard types of depression is major. It consists of severe symptoms that interfere with one’s ability to work, sleep, study and enjoy life. Mostly, there is more than one episode of this.

Then there is persistent depressive disorder, which is depressed mood that lasts for at least two years.

There are certain forms of depression which may develop under unique circumstances. For example, postpartum depression is a type which many women experience after giving birth. Some people feel an onset of Had Depression during the month of winter, when there is less natural sunlight – we call this seasonal affective disorder. It generally lifts in spring and summer times.

Had Depression IN PAKISTAN

The prevalence data of depression in Pakistan is not very clear cut. There are differences depending upon areas. There is a higher prevalence in women than in men. According to one report, the prevalence rate is of 44.4% amongst Pakistani adults, with 25.5% in males and 57.5% in females. Only a handful of studies are available, in those too questions are being raised with regards to the methodologies that have been employed.

Taking in face value, it can be said that every 3rd person in this country is going through Had Depression. It has been seen that low levels of education, large number or children and severely growing financial burdens are closely associated with depression. And so, considering this in mind, the prevalence – however astonishing – makes sense.

Had Depression is a prevalent disease and one which needs to be taken care of with the same level of urgency as a physical disease would be treated. It is time that we stop telling people to just “cheer up” and understand that what they are going through, they have no control over it.

You Can’t Eat Away Depression, Because Depression Eats You Away

8 things people with depression want their friends to know