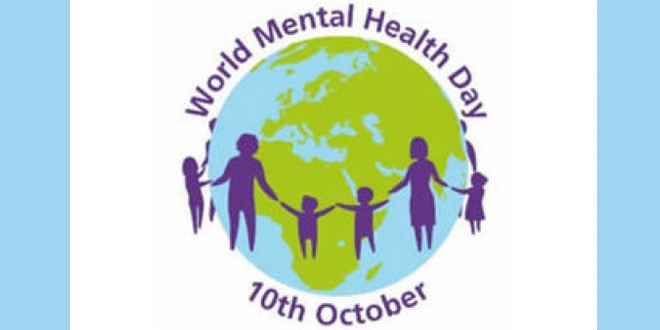 Depression – one of the most common mental illnesses – is plaguing the world today with the rate of depression reported to have steadily risen in the last decade.

With damaging effects to an individual’s daily occupational functioning, the range of maladaptive symptoms for depression is many. It includes tiredness and fatigue, general aches and pains, weakness of the immune system (making one prone to other illnesses), intense sadness, loss of pleasure in activities that were once enjoyable, worthlessness and hopelessness, changes in appetite levels, sleep disturbances and social isolation in varying degrees.

Depression can be caused by both environmental and physical factors, which can include a change in lifestyle followed by a big life event. Certain genetic influences on neurochemicals in the brain can also affect mood leading to depressive symptoms.

Depending on the severity of the disorder, treatments for depression vary. Individuals who suffer from clinical depression will often need anti-depressants as well as counseling therapy to manage their condition. Those with mild or moderate depression can opt for counseling sessions alone as research has shown it to be an effective intervention.

While effective treatments for mental disorders and ways to alleviate the suffering caused are available, between 76 and 85 percent of people in middle and low-income countries with mental disorders receive no treatment for their disorder.

Many people with mental health disorders are not respected regarding their dignity. Individuals get locked up in isolated institutions and are sometimes subjected to mistreatment. Some people are deprived of the right to make a decision about their mental health treatment and care, as well as their personal lives. Some are even denied the right to work or an education.

This is a great opportunity to understand and recognize that the dignity for people suffering from depression comes from throwing out the debilitating myths associated with the disorder. But what exactly are these myths that we all so unknowingly participate in disseminating?

Depression can happen at any given time in life. However, there are certain environmental triggers that can set it off. There is a common myth that these triggers are negative life experiences only. In reality, any major life event in an individual’s life can lead to depression, including but not limited to marriage, having children or even moving to another city or country.

People have the misconception that mental illness is a relatively rare phenomenon and that normal people do not get affected. This is far from the truth because depression can happen to anyone irrespective of their religion, social class, income group or age. People need to understand that depression is not a choice that an individual makes, neither is it the result of a weak mind or disposition. It is merely an illness of the mind that impacts an individual’s life negatively.

Another prevalent myth surrounding depression – and one that is fairly common in Pakistani society – is that a sufferer of depression reflects that individual’s weak mental disposition. Having depression doesn’t mean that you have failed as an individual, because everyone has a different threshold for stressors and painful experiences. Instead of isolating those who are vulnerable to mental illness, we should celebrate our individual differences and give them the courage to speak out and seek professional help.

“Depression is just a state of mind, not an actual illness.” Scientifically, when a person becomes depressed, there is a change in the neurochemical levels in their brain. Serotonin, dopamine, and nor-epinephrine are all neurochemicals that are affected and they all impact an individual’s mood. So, when you tell someone that their depression is just a result of a character flaw, personality, or weak willpower, not only are you giving them the wrong information, but you are perpetuating negative beliefs that will only make their depression worse. A mental illness like depression is just as real as diabetes or cancer, and an individual with the disorder should not be mocked for it.

We need to take responsibility for our actions and take a step to banishing the negative stereotypes and myths shrouding depression and other mental illnesses to make a significant impact on the issue. This World Mental Health Day, sharing the right facts, opening up your mind and being tolerant could make all the difference in the world to a sufferer of this silent disorder and all mental health issues worldwide.

The author is a mental health research associate at IRD

10 Habits of Happy and Healthy People