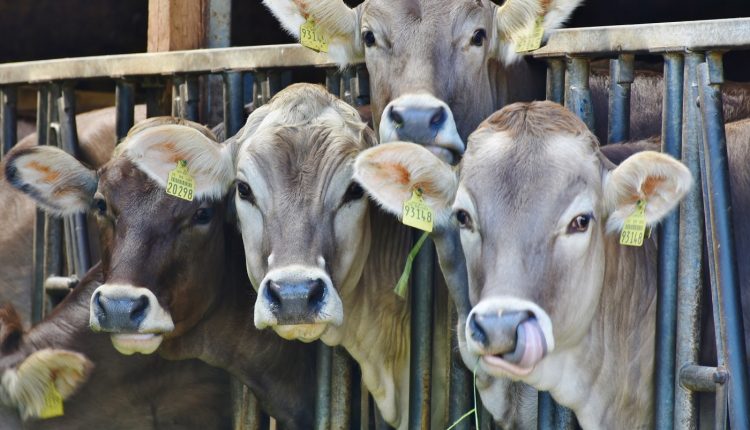 If you are someone who is purchasing the qurbani ka janwar for the first time, you might have nightmares of getting the ‘wrong’ animal. And by wrong we mean the one that might either be too young or too old.

We know of someone who was sold a pregnant bakri, no jokes.

So, if you don’t want to be THAT someone, here are a few things you can look out for.

While it may be difficult for most of us to skip work and take a trip to the mandi in the day, it’s the best time to go as the daylight can help you choose wisely.

2. Age is not just a number

When purchasing a sacrificial animal, it is important to know how old it is.

If you are purchasing a cow or a goat it should have two front teeth that are prominent as this represents that the animal is young, two-year-old and a year old respectively, and ideal for sacrifice.

In case, you plan to buy a sheep make sure it’s six-month-old, while a camel should be at least five-year-old.

Yes, you read that right. While petting the animal be it a cow or a goat, give the nose a closer look to check if it’s wet.

A wet nose implies that the animal is healthy.

And while at it, make sure that the animal isn’t limping, its ears are not cut and the tail is in a proper shape too.

We know of many people who intentionally purchase a huge animal, as it looks grand and more expensive.

But the truth is that the bigger the animal is, the more fat it has and consuming fat isn’t good for your health. In fact, most of the times the fat gets thrown away and the meat you are left with is minimal.

So, go for a medium-sized animal, it won’t even be heavy on your pocket.

Once you have purchased the animal, it is important that you are careful while taking it home.

First thing first, don’t pull with force. Remember the animal is under immense stress as it has just been separated from its owner.

When loading the animal in a vehicle, make sure there is a plank that the animal can go up or down on with relative ease. Also remember to place some dry soil in the vehicle to avoid the animal from slipping while the vehicle moves.

And make sure the rope it is tied with is big enough for the animal to be able to sit and stand with relative ease.

Most importantly, once home, if the animal is acting lazy for over a day or two, consult a vet immediately.

Have more tips? Tell us in the comments below.

The Most Dramatic Zodiac Signs

Should People on A Diet Eat Mangoes?

What To Do When Your Weight Gets Stuck?