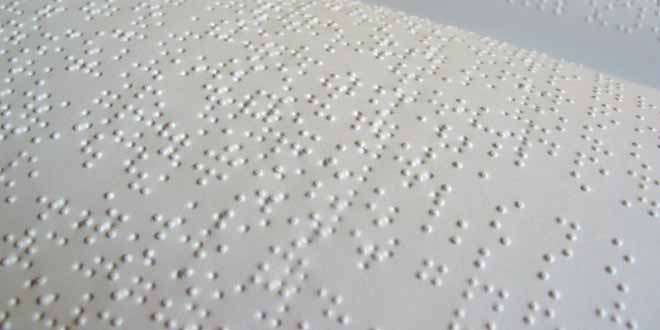 Have You Ever Wondered about Braille? Here’s What You Ought To Know

A French man named Louis Braille first developed braille in 1870’s by modifying the military night writing system. Prior to this, raised print letters were used to teach the blind but Louis developed this new method that proved to be easier and a quicker way to learn, and also made it possible for two-way communication.  As such, this method became a major tool for the visually impaired and they use their fifth sense of touch through it. The sense of seeing or the sense of touch are both received by the brain as raw data and are processed to form a reaction. Braille books, newspapers or any reading material consists of series raised dots, which encodes alphabets, numerical and punctuation marks. This method usually encodes English and Spanish language even though almost any language can be encoded.

How Is It Used?

This method is accessible to anyone regardless of eye sight since you use your sense of touch. Braille books do not look like normal books. The pages do not lie over each other smoothly but are raised due to the elevated dots. Since the usage of raised dots makes the books quite heavy, abbreviations are often used. The method with complete words is called grade 1 braille, or uncontracted, and with abbreviations it is called grade 2 braille or contracted.

How Is It Written?

Just like normal writing, it can be written, printed or translated. A stylus and slate are to braille like pencil and paper are to normal writing. A paper is place on the slate, which consists of evenly spaced dots and the pointed tip of the stylus is used to create depressions while the writer uses the slate as a guide.

Another method of writing in this method is by using a typewriter, which is similar to conventional typewriters. Braille typewriter has six keys and one space bar and can be pressed together, individually or in combination to form a letter, word or other symbols.

The third and the most technical, and quickest method is printing braille. Just like we would print from a computer, documents can be printed using a braille embosser.

As technology has advanced, educators at blind foundations tend to be more bent towards audio teaching. Although it is a more effective method of writing, solving math and learning foreign language, children are more captivated by audio. Another limitation is that there is a lack of text and publication in this method available for readers.