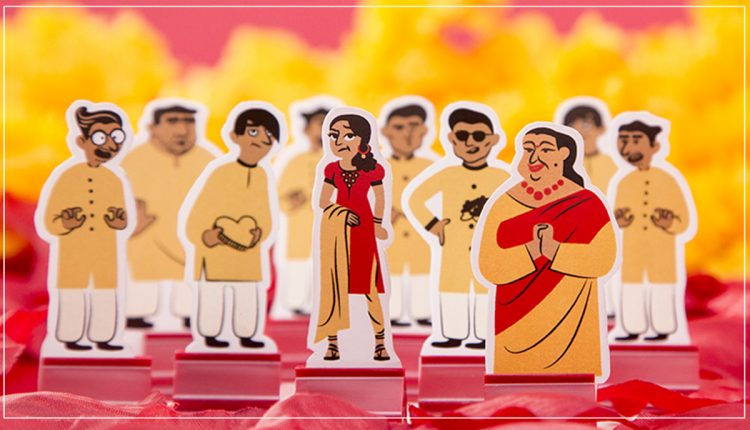 7 cons of arranged marriages you need to know!

Arranged marriage is no alien word in Pakistan. It comes with a bunch of pros. You do not have to worry about finding yourself a partner, your parents take the responsibility and it gives your children a stable environment to grow up in with both parents from the same culture and background.

However, everything comes with a cost and arranged marriages are no different. While you do not have to bear the brunt of rejection all on your own in case the ‘rishta’ does not work, your family however, gets involved in all your matters without even trying if you do get married

In an arranged marriage the bride and groom get very little say in marriage ceremony matters and mostly give up their dream of getting married in a way they want. Both families are so involved, that the couple might feel left out and feel like their wedding is not their own.

Both the bride and groom do not know their in-laws or their own spouse to- be for that matter. This is a huge drawback to arranged marriages. Even though the parents work meticulously in finding a spouse their child can well adjust with, there are chances of it going wrong. There is no way of knowing what might come your way in your ‘susraal’ if you are a newly wedded daughter in law in a typical joint family system.

Usually the only dating period that the bride and groom get is between their engagement and wedding. Mostly, couples try to make the most of it and get to know each other as much as they can before they tie the knot. Often, they are not allowed to meet for more than a couple of hours and the couple might be accompanied by another family member which basically takes dating out of the equation.

Since both families are so involved in making important decisions of their children’s life and do not really consider the couples’ opinion, they are first to be blamed in case marital problems arise between the couple. This often results in both families fighting and breaking any business knots that were tied; which is often the case in arranged marriages. All this boils down to humiliation of both the families because it is perceived to be their fault.

Love takes a long time to develop. Two people who are thrown into a marriage that is not based on love are likely to take time in developing feelings for each other. One might feel that the other is not putting in equal efforts and give up. The marriage can turn into a complicated relation and it has tendency to lead to depression, fights and inevitably divorce.

Often the newly wedded female faces problems adjusting. There are a lot of people she needs to please and she might feel herself changing which she might not want. In order to fit into their husbands ideal and live up to the expectation of in laws there are major changes in the personality of the female. Males are less likely to face these issues as they are not the one leaving behind their family and move into someone else’s. Sudden changes in environment can be damaging to ones personality and lead to complexes and depression if the person is not head strong.

Lastly, arranged marriages are set to keep culture and tradition alive. Both families make sure they cling to their cultural values. This can be damaging to the society as a whole since the marriages are not resulting in any cultural diversity.