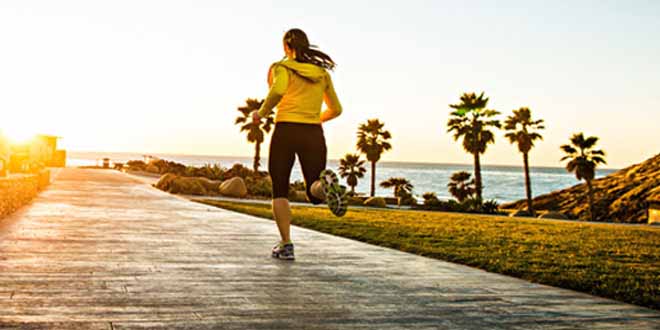 Working Out in Nature is Better for You

Do you have a paid gym membership? Would you like a free one? Then head on outside. A recent study has found that outdoor exercise may improve energy levels more and decrease stress to a greater extent than working out inside

Working out outdoors not only feels like it is less of a routine but given that the weather and surroundings changing every day, it also remains unpredictable and exciting all the time all the while more calories tend to be burned outdoors. Equipment such as the treadmill or the elliptical do not make it easy for the user to lose track of time, instead the person ends up checking how much time is left every minute of the workout. When working out or running outdoors, connecting with nature is the best way to cut out technology and step away from the virtual world we are all engulfed in

It seems that just being out in nature does your body, mind and soul some good. According to a study that was published, the closer you live to nature, the healthier you’re likely to be. The study took a look at thousands of people’s medical records, assessing health status for conditions such as cardiovascular, respiratory and neurological diseases. The records were then associated with how much green space was located within a certain distance to where they lived. The researchers found that people who lived the closest to a park or a wooded area experienced less anxiety and depression than those who lived farther away from green space.

Additionally, people living in urban environments had a higher occurrence of the medical conditions, with anxiety disorder and depression the strongest associations with urban living.
Other studies by researchers have found that joggers who exercise in a natural green setting with trees, foliage and landscape views, feel more restored, and less anxious, angry and depressed than those runners who burn the same amount of calories in gyms or other urban settings. They also found that exercising outdoors gives us a positive outlook and more vitality —which helps us cope better with all sorts of stressors, including viruses. So even if you have to drive a few miles to find a little green, it’s worth it. Drive to the nearest park or beach to get your running on.

What’s So Good About Nature?

So what is it about nature that makes us so much healthier? And what is about outdoor exercise that is better than working out in a gym? While there are many theories as to why being in nature makes us healthier, one leading hypothesis is that being outside increases our Vitamin D intake. Vitamin D can increase your energy and boost your mood.

Nature can even help us recover faster from illness and surgery. For example, people whose hospital rooms had windows offering a view of trees and grass recovered better and faster than those in rooms with a view of only buildings or a brick wall. Nature scenes or sounds have helped people control pain, de-stress, and escape. Compared with a walk on city streets, walking in parks improved scores on memory tests. What’s so astounding is that it took very little nature to show this difference—even small parks in urban areas, a potted plant or images of natural scenes had a soothing, health-inducing effect.

What Can You do Outside?

Most of the studies that were done concluded that as little as 5 minutes exercising outdoors can do you great to start the day off or to end your day. So here’s what you can do: