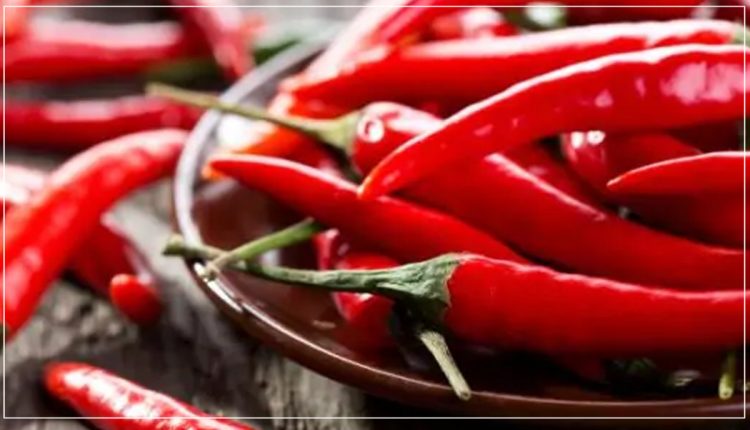 This Fruit is the Mother of All Fruits

This is the fruit that adds fire to your mouth and makes you want to drink lots of water. It’s red, usually in dried powder form (although you can also eat it as is) and gives a kick of taste to your dishes. Yes, I am talking about cayenne, or laal mirch. You may be wondering how cayenne pepper is a fruit. Well it grows from a plant above ground as a solid red pepper. It is eventually dried and found in powder form and is then known as a spice. Not only does this awesome spice give a kick in your mouth, it has amazing health benefits – such as a natural fat burner, natural pain killer, it can treat an ulcer and improve your metabolism, circulation and immune system and aids in digestion. Let’s delve further into cayenne pepper’s many health advantages.

Cayenne pepper contains capsaicin, which is the main substance that gives its pungent and mild to intense spiciness. Capsaicin inhibits substance P which is a neuropeptide that aids in the inflammatory process. Inflammation is the response of tissues to harmful substances that enter the body and substance P is released when tissues are damaged. Cayenne pepper is a great spice for natural pain relief. If you add powder to a cream and rub it around your aching joints, it can ease the inflammation and reduce arthritic pain.

Blood clots form when your blood vessels are injured, which is part of the healing process and usually desirable, but sometimes the process clogs arteries and veins, forming a protein called fibrin and it can be difficult to dissolve. Cayenne pepper has been shown to increase the body’s ability to dissolve fibrin at the right time. There is also evidence that cayenne pepper can reduce blood cholesterol, triglyceride levels and platelet aggregation. Adding this spice to your meals can also protect the fats in your blood from damage by free radicals. If those free radicals damage your blood, atherosclerosis can develop

Cayenne pepper can not only reduce your pain, but the heat that comes out of the spice can help clear mucous secretions and decongest your stuffed nose or congested lungs.

All that heat you feel from capsaicin takes energy, and energy burns calories. It has also been shown to increase your metabolism by as much as 25 percent. A boost in metabolism burns off calories faster and it takes longer to gain weight.

The dark red color of cayenne pepper is because of its high content of beta-carotene or pro-Vitamin A. Vitamin A has often been called the anti-infection vitamin as it fights off infections due to the common bacteria. This phytonutrient boosts your immunity and is essential for healthy mucous membranes which line the nasal passages, lungs, intestinal and urinary tract.

Cayenne pepper is often mistaken for the fact that it can cause stomach ulcers. But the truth is, it can help kill bacteria that increases the amount of stomach acid that is released. This stomach acid can damage the lining of the stomach and this lining produces a protective buffering juice. So capsaicin can kill the bacteria causing this imbalance between stomach acid and natural mucus barrier at the same it stimulates the lining to produce more protective juice.

Stop the Spread of Prostate Cancer

A study was developed that showed that capsaicin can help stop the spread of prostate cancer cells. It decreases the production of prostate-specific antigen (PSA) by inhibiting the ability of a form of testosterone to activate the PSA.

Lower Your Risk of Type 2 Diabetes

Make sure you include laal mirch in your diet. Not only can it make your dishes spicy and give a boost of taste, but it has beneficial health properties. Enjoy laal mirch in your omelet, boiled eggs, in your Nihari or even add a pinch of it to your morning lemon water juice.