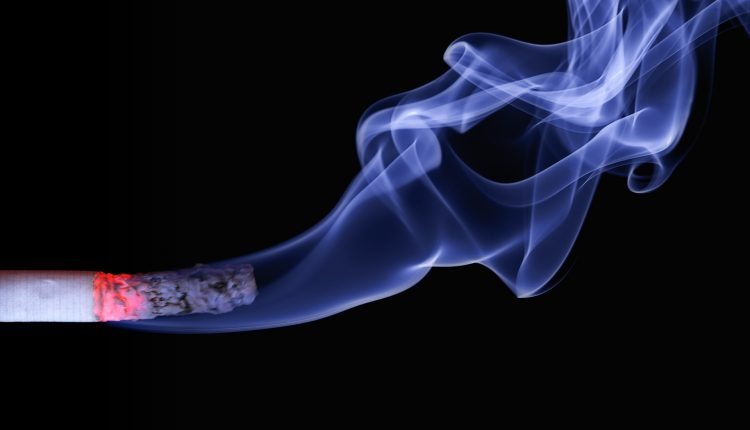 The second-greatest cause of death worldwide, smoking results in 10 percent of deaths around the globe, according to the World Health Organization. This adds up to roughly 5 million people annually. The WHO projects that 50% of smokers die from the habit. Health risks from smoking begin as soon as the person starts smoking. Beginners often experience shortness of breath, cough, wheezing, and phlegm more frequently than non-smokers. Also, the sooner a person starts smoking, the bigger the risk is of premature death from common smoking-related diseases such as emphysema, lung cancer, and heart disease.

There are plenty of other diseases of which smokers are at a greater risk. Such as, developing mouth ulcers or cancers and dental problems such as teeth discoloration due to tar, gum bleeding and diseases, bad breath, and tooth decay. Smoking also increases the production of acids in the stomach, which often leads to ulcers and heartburn. Tar can also cause cancer of the throat and the esophagus.

According to Central for Disease Control and Prevention (CDC):

Compared with nonsmokers, smoking is estimated to increase the risk of:

Tell Everyone That You Are Giving Up Smoking

Friends and family often give support. Smoking by others in the household makes giving up harder. If appropriate, try to get other household members who smoke, or friends who smoke, to stop smoking at the same time. A team effort of quitting smoking may be easier than going through the process all alone.

Get Rid Of Ashtrays, Lighters, And All Cigarettes

Just remove all ash trays, lighters and cigarettes from your room. Don’t decorate your room with posters of actors smoking. Remove all images of cigarettes and smoking. Put up posters instead stating how harmful smoking is.

Be Prepared For Some Withdrawal Symptoms

There might be withdrawal symptoms. You would feel restless, cranky and would die to get hold of a cigarette. Prepare yourself mentally that these symptoms would occur. Try changing your routine for the first few weeks. Avoid going to places where you used to hang out and smoke. Drink coffee or fruit juice instead.

Mark off each successful day on a calendar. Look at it when you feel tempted to smoke, and tell yourself that you don’t want to start all over again.

Write All Your Reasons For Quitting On A Card

Hang a card in your bedroom stating all the reasons as to why you wish to quit smoking. For example, “I want to quit smoking because I love my family and don’t want to disappoint them” could be one reason.

Don’t Have A Cigarette Break At Work

Instead of a cigarette break at work, play a game of solitaire on your computer. It takes about the same time and is much more fun (although, like cigarettes, it can get addictive). If your company prohibits games like that, find another five-minute diversion: a phone call, a stroll, or eating a piece of fruit outdoors (but not where smokers congregate).