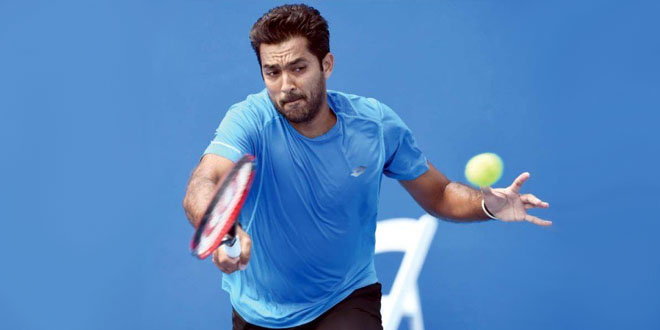 Aisam and his teammates will face the Chinese Taipei team in the finals of the Davis Cup Asia Oceania Group II tie at the Ulusal Egition Merkezi Tennis Club in Izmir, Turkey.

The Pakistan unit comprises of a mixture of youth and experience. Aisam ul Haq will lead the team, whilst the presence of Aqeel Khan will also be beneficial. Muhammad Abid, Ali Akber and Samir Iftikhar complete the five man delegation.

Samir Iftikhar and Aqeel Khan were in action for Pakistan against the team of Chinese Taipei on Friday.

Pakistan’s Aqeel Khan started off the proceedings against Chinese Taipei’s Jui Chen Hung. After losing the first set 5-7, Khan bounced back, winning the three sets in amazing fashion. The veteran was given tough competition but he prevailed and in turn gave Pakistan the advantage. Set score for the match was 5-7, 6-4, 6-1, 6-4 in favour of Pakistan.

In the second scheduled game, Samir Iftikhar didn’t enjoy much success against his Chinese Taipei counterpart. Iftikhar was defeated easily by his opponent with a straight sets victory. Final set score was 6-3, 6-2, 6-0 in favour of Chinese Taipei.

With this loss, the tie is scored 1-1 between the two teams.

For the decider, Aisam ul Haq and Aqeel Khan will pair up to play a doubles match against the team of Chinese Taipei on Saturday to book a place in Group I of the Davis Cup. Pakistan last made its Group I appearance in the Davis Cup (Asia-Oceania Zone) in 2006.