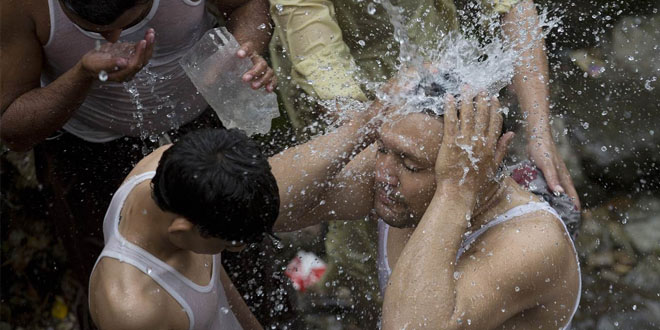 Surveys have shown that an extreme change in weather is the top-most reported migraine trigger in the world. As another heatwave upon the Sindh region is forecasted, people are advised to stay cautioned in relation to this.

Meteorologists have warned for a depression developing in the Bay of Bengal and the parts of Sindh, including Karachi, which may cause weather to go up to 42*C with a feel of 45*C for the next 72 hours.

Experts have found that such high temperatures are likely to cause migraines and that Saturday, September 19th 2015, will be the hottest day of the wave, causing migraines in individuals.

The analysis is based on the theory that extreme hot and cold changes in weather cause headaches, especially migraines. In a survey by the National Headache Foundation, individuals with consistent migraines were given a list of 16 possible triggers – three out of every four respondents said that weather triggered migraines.

As per another survey in the US, ‘Migraine in America 2012’, people with migraine were asked to jot down the triggers they could recall. The top ten are listed below:

Everything You Need to Know About Migraines