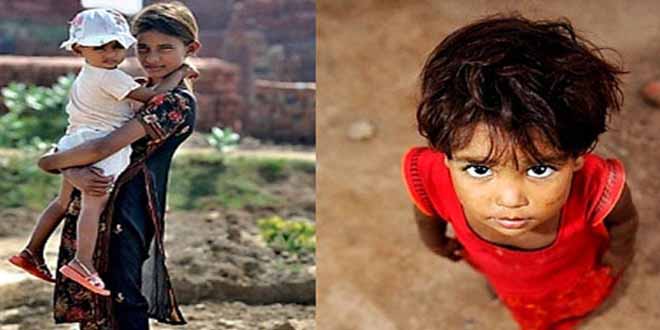 Malnutrition! How far has it gone…

An alarmingly high level of malnutrition creeps within the lower areas of Pakistan, a worrying 24 percent. A recent study by the United Nations Food and Agriculture Organization states that around 37.5 million people in Pakistan are not receiving proper nourishment.

Who’s to be blamed?

Blame it on the government, on literacy rates or the people themselves who are ignorant. There is no denying that under nourished people are the ones who reside in villages, colonies and such. Poverty or unawareness, which spreads itself like a virus. The lack of planning for disaster reduction hasn’t worked, and isn’t working at the moment either, during the monsoons, floods wreak havoc bringing down houses and flooding fields making it impossible to sustain food which leads to children ending up being under nourished, the government refuses to take any preventive measures.

Children sadly, are the worst affected groups in Pakistan. More and more children are being born and while some of them pass away due to the lack of proper nutrition, the ones who manage to stay alive develop diseases, strange medical conditions that occur due to the lack of essential nutrients in their body. At a national level, almost 40% of these children are underweight. The aftermath of these disasters encompasses children without homes and food to eat. Since the government doesn’t take any evident measures, the children are forced to consume whatever they can get their hands on, most of the times it’s just rotten food or whatever it is that they managed to gather at the time of the floods. Recently the rains managed to devastate nearly 145 villages, wreaked havoc on livestock, agriculture and the infrastructure, women and children ended up receiving inadequate food and care, many died and the leftover ones are severely under nourished and are said to have developed many diseases within them.

What needs to be done?

Thousands of people have to be facilitated towards health, education, agriculture and livestock. International NGOs have played a significant role towards addressing such issues, but there is still a dire need for the provincial government to do the needful. If the government doesn’t take any preventive measures to ensure that heavy rains and floods are to be dealt with, more and more children will lose their lives and will end up being homeless. Even though it has been some time since these disasters have stopped, the situation seems bleak, there are still many people who are left homeless and hopeless.

What are the causes, and their solutions?

With increasing inflation, poverty and population growth, the number of the chronically malnourished has touched dangerous levels. There must be proper awareness campaigns planned out in order to help people understand the effects of malnutrition on everyone, whether or not they are victims or just spectators.