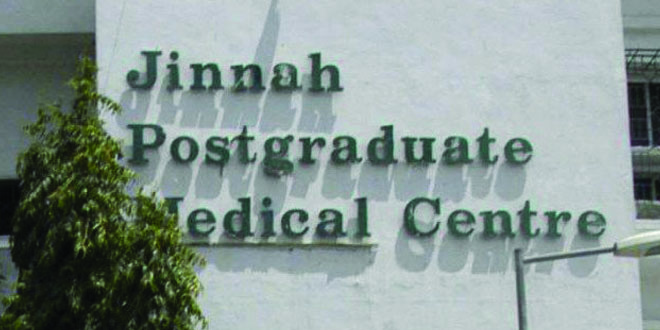 The city’s major public sector hospital – Jinnah Postgraduate Medical Centre (JPMC) – has been facing acute shortage of ambulances as old and worn-out ambulances are no more in working condition, it was recently learnt.

An official of JPMC’s administration department confided to Medical News that the hospital’s emergency service was being badly hampered as, at present, only two ambulances are plying on road.

He deplored that although 60 per cent patients with emergency requirements are generally brought to the hospital’s Accident & Emergency Department, the dilly-dallying tactics were being adopted by the concerned department in providing new ambulances to the hospital.

He said that seriousness of the issue could be gauged from the fact that ambulance service was not available to employees even if they have any emergency.

He was, however, optimistic that ambulances will be delivered to the JPMC within three months as the hospital’s administration had already sent a request to health department for providing new ambulances.

Previously, more than 800 different positions of doctors, professors, nurses, paramedics and administrative staff positions were vacant at JPMC. The vacant posts affected the daily functioning of the hospital.

The source also claimed that few departments have reached the edge, where they might just close now. The number of patients has also declined in the last five years, due to this shortage.

According to Dr Jawaid Jamali, deputy director JPMC, the case has been forwarded to department of health, Sindh, but the filling of vacant positions is being delayed only due to legal proceedings.