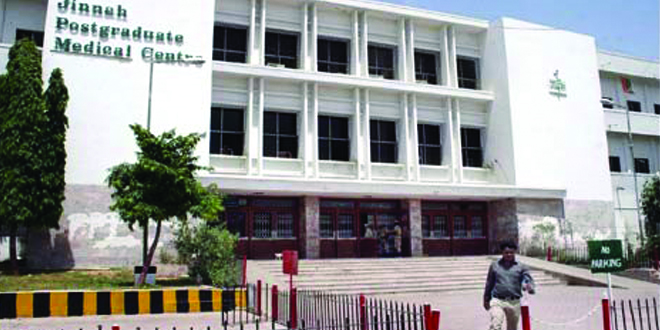 More than 800 different positions of doctors, professors, nurses, paramedics and administrative staff have been vacant at Jinnah Postgraduate Medical Center (JPMC) for a time now. The vacant posts are affecting the daily functioning of the hospital.

The source held the previous management of JPMC accountable for the current situation, as when the doctors, professors and assistant professors retired or left, they were not replaced by others of the same stature.

The source also claimed that few departments have reached the edge, where they might just close now. The number of patients has also declined in the last five years, due to this shortage.

According to Dr Jawaid Jamali, deputy director JPMC, the case has been forwarded to department of health, Sindh, but the filling of vacant positions is being delayed only due to legal proceedings.

Meanwhile, the same source informed that the cardiac emergency and the operation theatre at the Sindh Government Liaquatabad Hospital, owing to shortage of cardiologists and surgeons, have become almost non-functional.

The management is forced to avoid any major surgeries, due to the shortage of specialist medical staff and surgeons. Such cases are referred to either the Abbasi Shaheed Hospital or Civil Hospital Karachi.